The United Nations Counter-Terrorism Centre and Etidal to increase collaboration 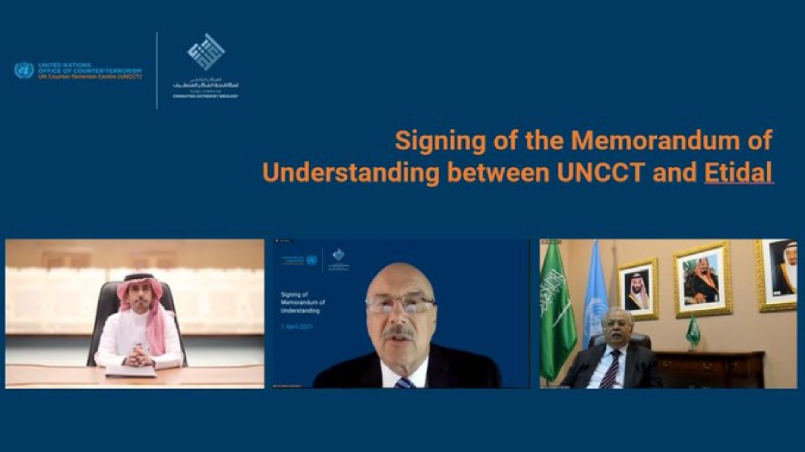 Riyadh, New York, 2 April 2021 – Yesterday, the United Nations Counter-Terrorism Center (UNCCT) of the United Nations Office of Counter–Terrorism (UNOCT) and the Global Center for Combating Extremist Ideology (Etidal) signed a memorandum of understanding to strengthen cooperation in preventing and countering terrorism and violent extremism (PCVE) as and when conducive to terrorism.

The MoU was signed by the Under-Secretary-General of the United Nations for Counter-Terrorism and Executive Director of the UNCCT, Mr. Vladimir Voronkov, and the Secretary-General of Etidal, Dr. Mansour Al-Shammari. The Permanent Representative of the Kingdom of Saudi Arabia to the United Nations H.E. Ambassador Abdallah Y. Al-Mouallimi was also in attendance in his capacity as Chairman of the Advisory Board of UNCCT.

The signing of the Memorandum of Understanding demonstrates the willingness of UNCCT and Etidal to join forces to support the efforts of the international community to address the scourge of terrorism and prevent the spread of extremist ideologies. It takes place in the context of UNCCT’s endeavor to foster international cooperation between and among centres of excellence working on PCVE.

This agreement will lead to the development of joint projects supporting the implementation of the United Nations Global Counter-Terrorism Strategy. Activities will include capacity-building workshops in the field of strategic communications to prevent violent extremism and countering the use of the internet for terrorist purposes as well as awareness raising campaigns on youth engagement, tolerance and support for victims of terrorism.

In his speech, H.E. Ambassador Abdallah Y. Al-Mouallimi welcomed the signing between UNCCT and Etidal and highlighted the key role of UNCCT as a Centre of Excellence. “Today’s Memorandum of understanding with UNCCT reflects Saudi Arabia’s keen interest and its continuous commitment to combating terrorism,” he added.

Mr. Vladimir Voronkov said that “the Memorandum of Understanding between UNCCT and Etidal marks the start of our plan to develop a sustainable, practical partnership between our two organizations, leveraging our respective comparative advantages in technology, analysis and global capacity building. This Memorandum of Understanding will allow UNCCT and Etidal to find synergies in our work as Centres of Excellence in Preventing and Countering Violent Extremism and to share good practices in combatting the spread of violent extremist ideology.”

Dr. Mansour Al-Shammari emphasized the commitment of Etidal to support the United Nations Global Counter-Terrorism Strategy. “This is what we embody today in signing of the Memorandum of Understanding as we seek for cooperation and partnership in a systematic, accurate and professional manner, using the Center’s capabilities of ideological, media and digital assets in order to achieve the desired noble goals.”

About the Global Center for Combating Extremist Ideology (Etidal)

Etidal was established on May 21, 2017 in the Capital of Saudi Arabia, Riyadh, under the patronage of the Custodian of the Two Holy Mosques King Salman bin Abdulaziz with the aim of working to confront the phenomenon of extremist ideology through three strategic pivots (ideological- media- digital), which work together to refute the extremist discourse, limit its effects, combat and prevent any affiliations, sympathy, or contributions to its activities. On the other hand, they work raising awareness and promoting the culture of moderation, tolerance, coexistence, and support international efforts in this aspect.  Etidal aims to be a reference and a key partner in combating, monitoring, analyzing, anticipating, confronting and preventing the extremist ideology, as well as cooperating with governments and relevant organizations.

UNCCT is part of the UN Office of Counter-Terrorism (UNOCT), which was established in 2017 to provide leadership on the implementation of General Assembly counter-terrorism mandates, to enhance coordination and coherence and to strengthen the delivery of the United Nations counter-terrorism capacity-building assistance to Member States. UNCCT, as a Centre of Excellence to counter terrorism (CT) and prevent/counter violent extremism (PCVE), provides state of the art capacity-building support to Member States, promoting the balanced and coordinated implementation of the United Nations Counter-Terrorism Strategy, providing opportunities for trending research and analysis including on emerging CT/PCVE challenges, and engaging relevant academic and civil society fora and networks. 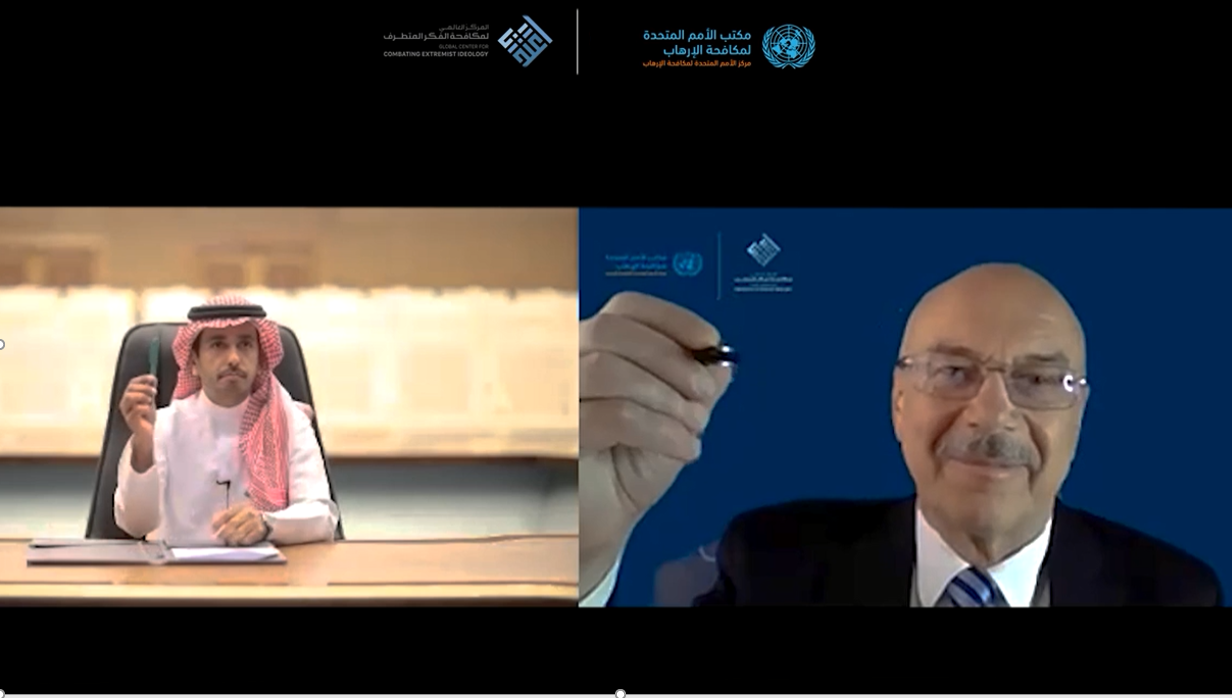