The U.S. Delegation: we are happy to have learned of Etidal’s capabilities and combating extremism requires collaboration. 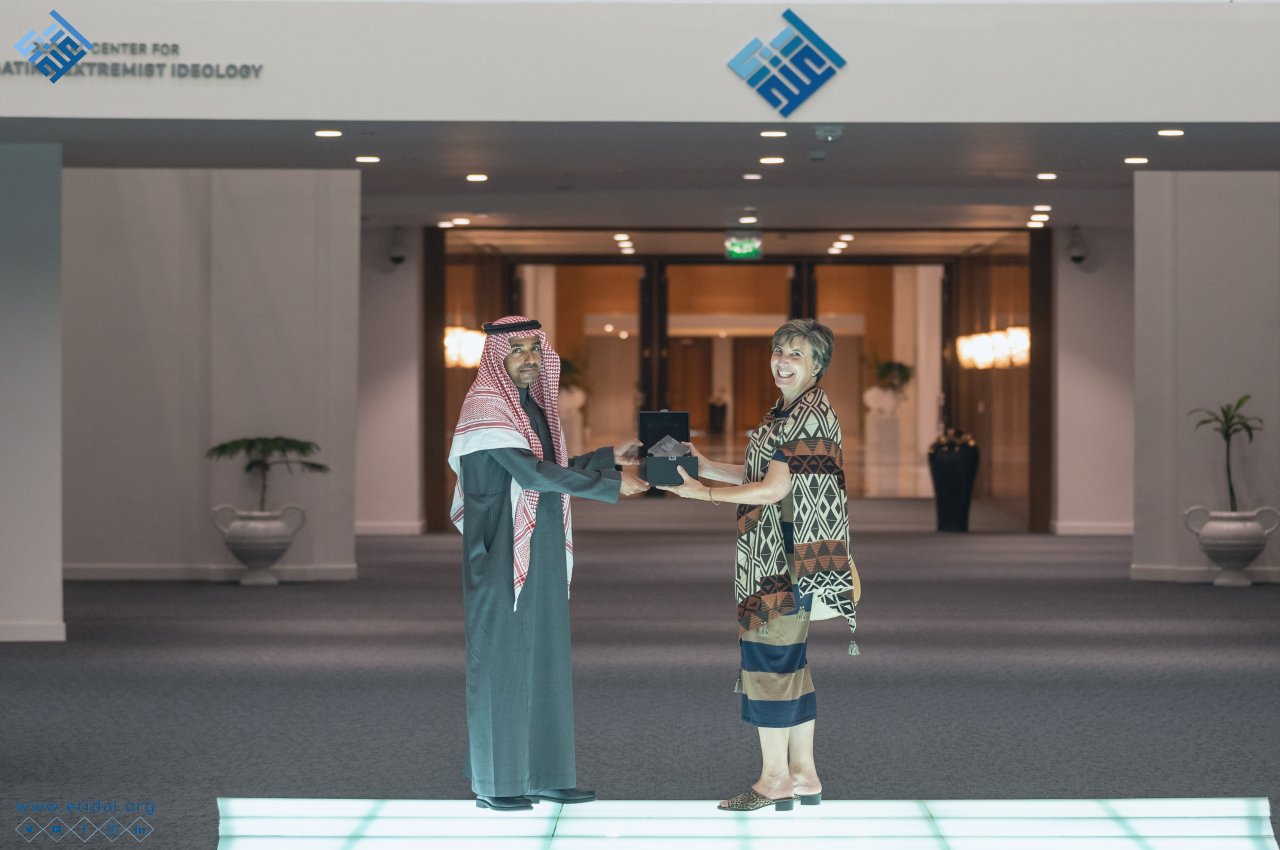 The Counselor for Public Affairs at the U.S. Embassy in the Kingdom of Saudi Arabia, Melissa Clegg-Tripp, expressed how pleased she was for learning about the capabilities of the Global Center for Combating Extremist Ideology (Etidal). During the reception of the delegation on Wednesday, December 2nd 2020 by the Secretary-General of the Center, Dr. Mansour Alshammari, the Counselor for Public Affairs affirmed that combating extremism requires collaboration. She added in a speech during the visit, “I heard a lot about (Etidal) in Washington DC, I always have wanted to come and I am very pleased that you were able to host me, so thank you”.

The delegation then took a tour at the Command and Control Center, during which they learned about the monitoring and analysis mechanism, the techniques used, the models built and developed within the Center, in addition to the mechanisms for using the most advanced technologies in this field.

After that, the Secretary-General, Dr. Mansour Alshammari, and the Counselor for Public Affairs, Melissa Clegg-Tripp, held a meeting, during which they discussed a number of issues of common interest.

At the end of the visit, the Secretary-General of the Center, Dr. Mansour Alshammari, presented the Counselor for Public Affairs at the U.S. Embassy in Saudi Arabia, Melissa Clegg-Tripp with a gift. After that, she wrote in Etidal’s visitors book: “it was a pleasure and an honor to learn about Etidal’s impressive capabilities today. CVE is a global concern and requires a global collaborative effort. I am grateful for Etidal’s leadership in addressing this critical issue”. 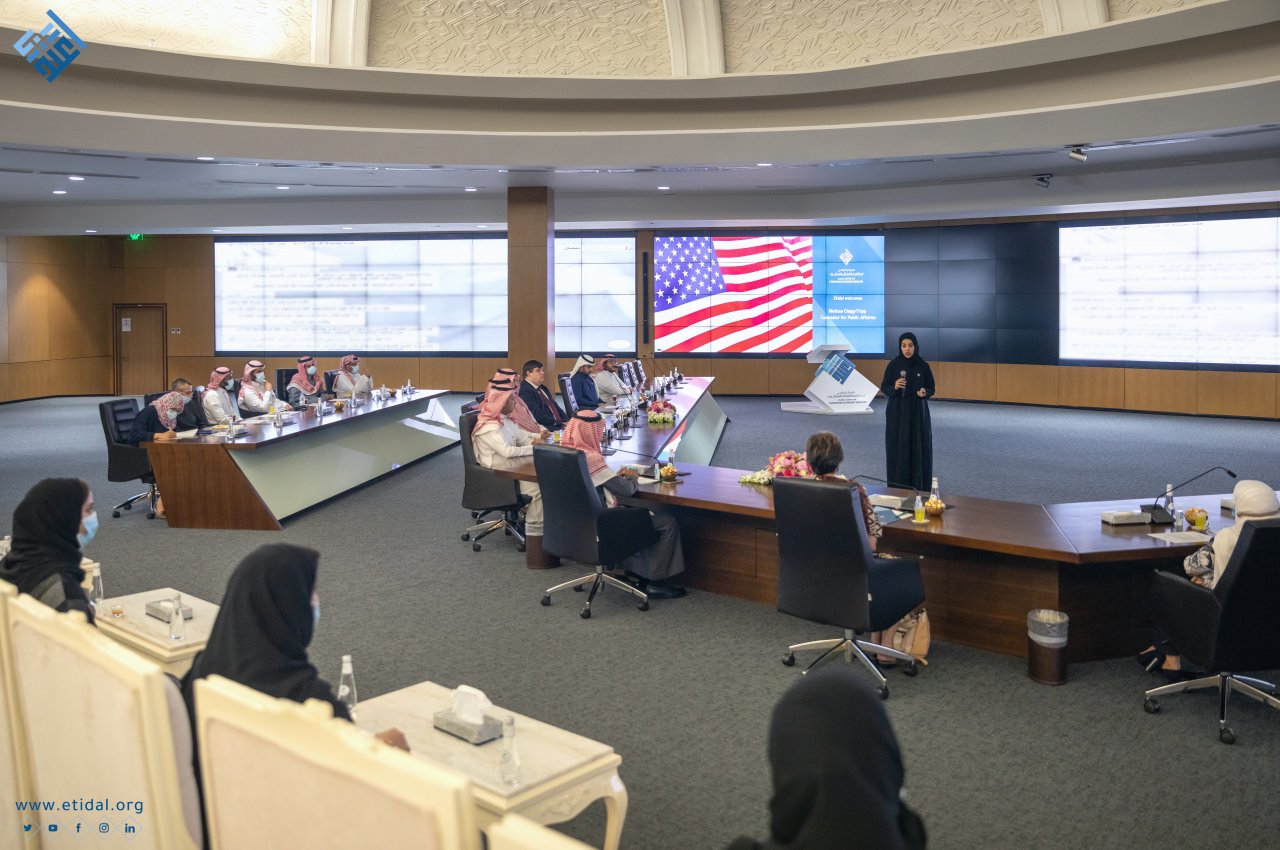 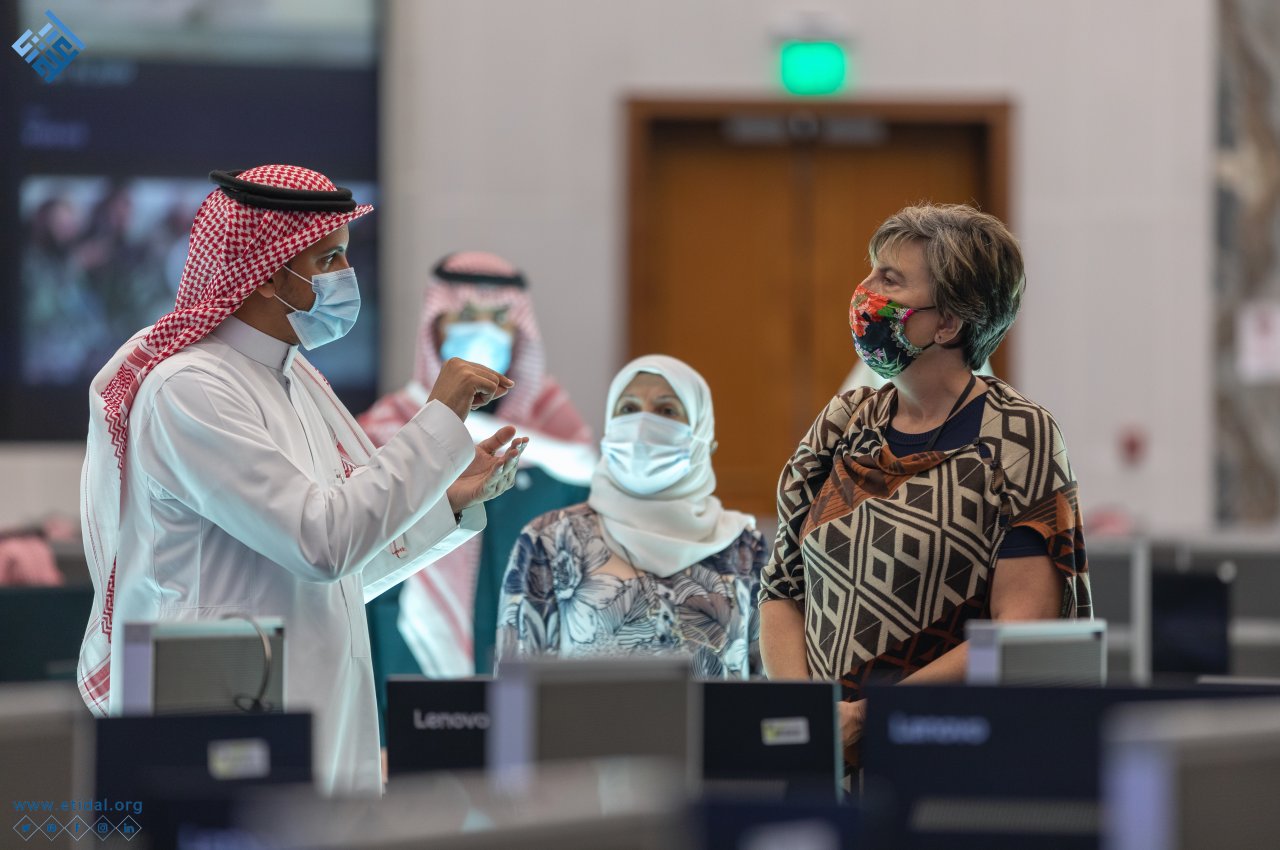 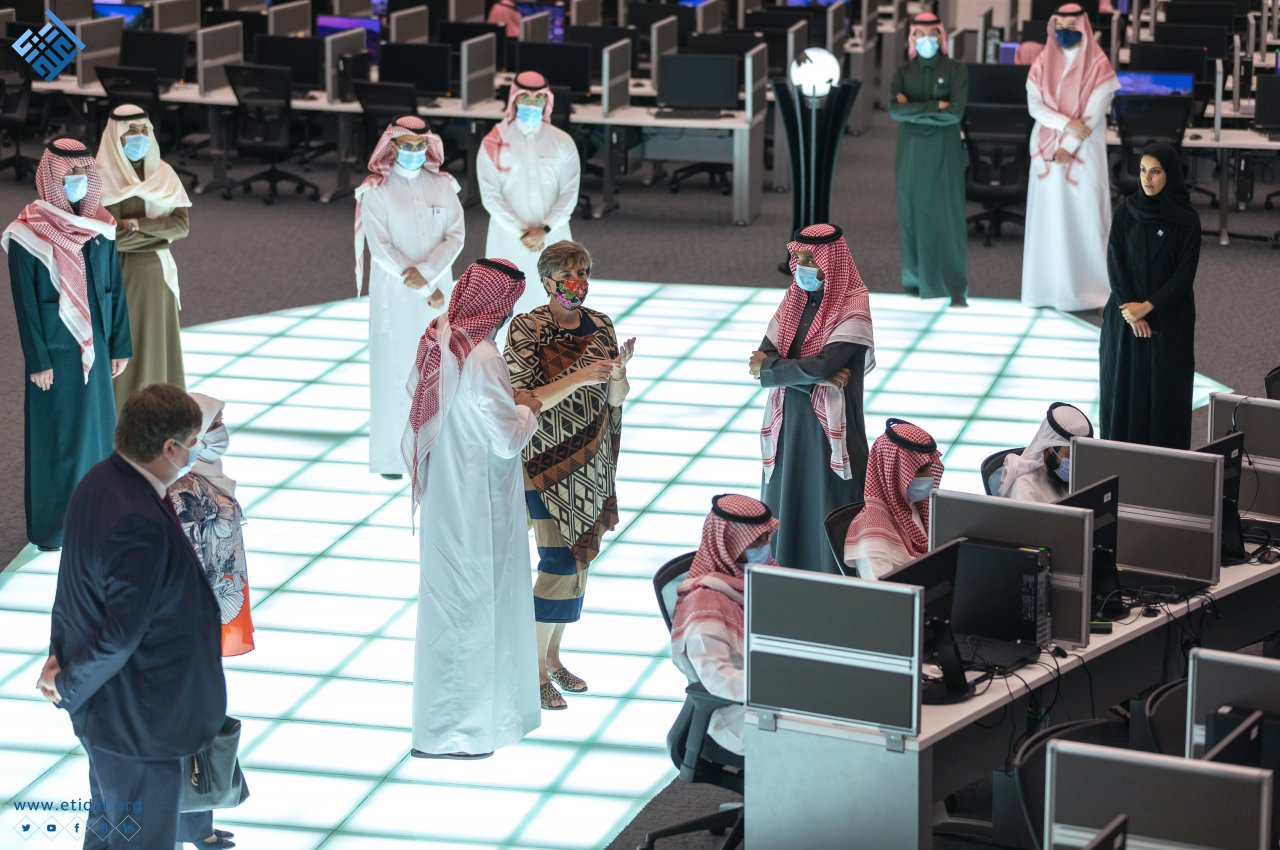 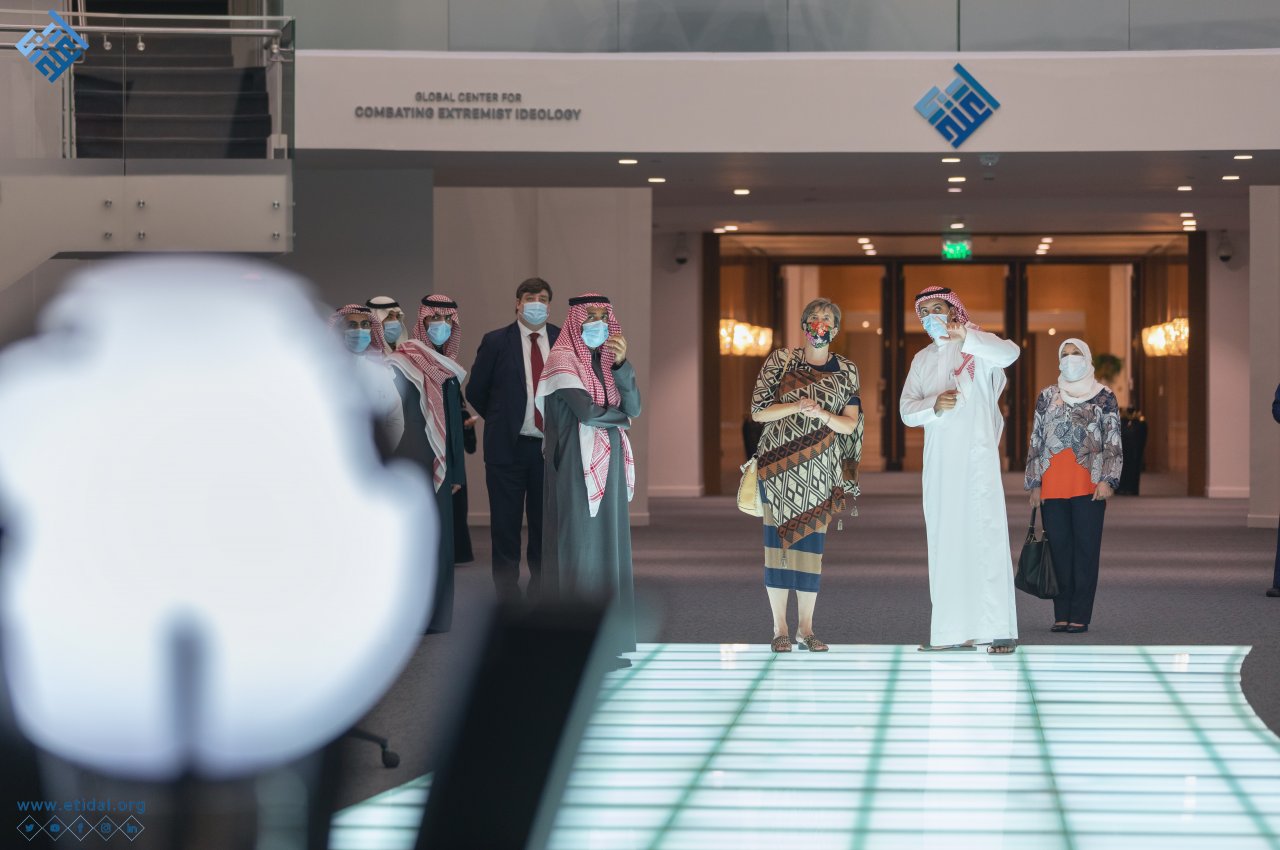 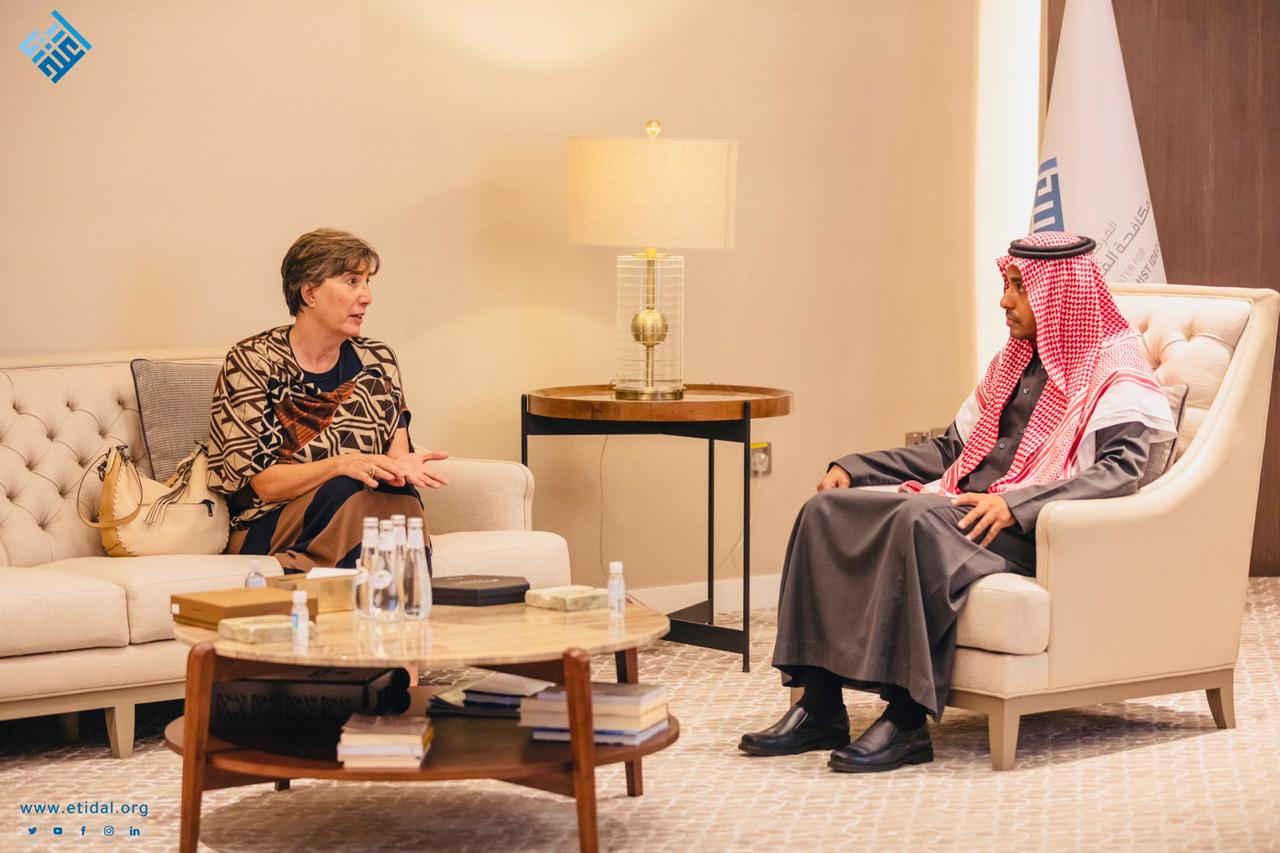