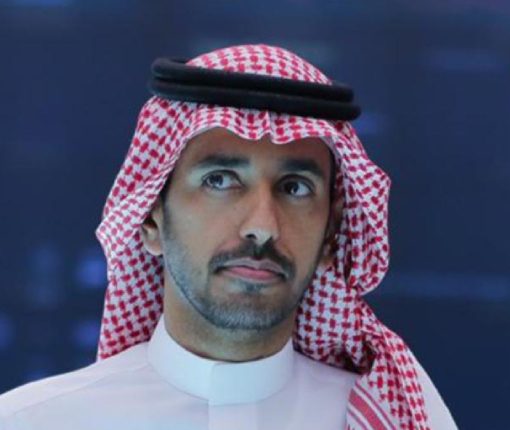 Through its extended history, the world has known profound changes that rattled its overall structure, causing obstacles, which separate the prevalent old traditions from urgent and innovative developments.  Not everyone was able to digest the occurrence of such overwhelming events at the same level. Some pay attention to the importance of such major transformation, thus they seek to change their perspective and skills to cope with the world’s new requirements. Others, on the other hand, resist and hold tight to the past legacy, accusing anyone who calls for otherwise with aggression. Just like when the steam energy was discovered, it changed the overall perception of power and distance. Some kept up with this change, yet others still holding on to the old traditional craft tools and sailboats, which became outdated after this major cultural shift.

Apparently, what affects human life at this time is the digital development, which created new dimensions in the human existence, making it difficult for those who are clinging to traditional notions to keep up without having a second thought. What we are currently experiencing is not just new technical additions, but rather a transformative step that will be manifested soon to create a whole new world where the elements of life fuse with powerful and accurate processors, complex algorithms and artificial intelligence discoveries along with moral values, legal responsibilities and human reviews related to world perspectives. This indicates that the great shock waves of change will literally sweep through all aspects of life, including the nature of human identity itself.

This change has become a fateful matter for youth, who are destined to live along with a rapidly changing world and exceptional global tensions and crises for the rest of their life. Perhaps the most prominent of which is, the Covid-19 pandemic, which obviously will be engraved in their memory for many years. This means that the life goals of the young people and the framing of value system are attached to the digital destiny of their countries. It is impossible, under any circumstances, to escape from the digital grip that has become immersive in each detail of the human existence, especially the young age group whose mentality has been formed since childhood amid the digital development in all aspects. Therefore, any framing policy that claim the ability to manage communication with young people based on traditional institutional frameworks, will face an inevitable failure if it does not pay attention to the peculiarities of so-called the new digital generation.

Due to inevitable transcending of geographical boundaries, the cyber domain, with all its virtual capabilities, has become a substitute for physical spatial affiliation. Therefore, the spatial dimension of their daily lives is gradually shifting from geographical to digital significance.

Perhaps, this is what the electronic address, the accounts on the social networks, and the digital currency are representing. These new data free people completely from any geographical reference or place attachment, which means that the interaction of this social segment with the course of events is not related to what is happening now, but rather depends on the network connections that have the utmost attention regardless of people’s location. Hence, the importance of vocabulary such as “Location” and “Web” stands out with new digital connotations, which confirms that the virtual digital location has become a replacement of the concept of spatial location.based on this, if we box young people within an actual place, through traditional institutions that are basically dedicated to host them, and impose a physical presence, which is going to be typically formal, closed, and poor on the communicative level, we may be shocked by their mental absence. These young men and women are getting their knowledge and perceptions from the sites that satisfy their curiosity and suit their moods and tendencies, which is a “Network” that is very popular among its pioneers that creates a kind of digital kinship among its followers by participation, interaction through comments, likes and so on. Thus, it is necessary to find a footing within the Network world, away from narrow spatial perceptions, fearing that the opportunity to deliver messages to this group, which form the majority of society in our Arab and Islamic regions, might slip away.

This is due to the transition from cultural identity to network identity, which is a psychological and mental alignment and response with the nature of digital openness that has become a vital field in forming the digital youth personality. While the features and natures of people in the past were related to direct interaction with the anthropological and social components that affect the nature of their reactions and the form of their psychological and behavior, we find that the digital personality has become more complex, different and distinct according to the digital mechanisms provided by the network. Hence, the sociology sought to dissect and disassemble the digital phenomenon in an accurate manner, especially by laying down the characteristics of the disintegration of the new identity dimensions, and the extent of their dependence on the digital communicative revolution. Its manifestations and visions are arranged according to the following dimensions: reality versus aspirations, and existence versus actions. These dimensions allow the formation of different ways of a complex and unstable digital identity that can be summarized as follows:

– The civil identity, which reveals the real name, photos, social status and data about educational level, within the framework of limited interaction that is subject to selection within platforms such as Twitter and Facebook, which provide its users with data related to the individual’s personal identity and interests.

– The Influential identity, which consisting of digital situations where the users demonstrates their social and professional obligations in order to transform their interaction into influential actions, and this is represented through using platforms such as LinkedIn and Wikipedia.

– The Narrative identity, in which the identity is depicted in sequential snippets form of personal life, photos and special occasions such as Snapchat.

– The virtual identity, which is formed when the user of some platforms is linked with parties that  they have no personal relationship with. Therefore, by the content they watch, they turn into a kind of broad audience that follow the digital life of the content creator, sometimes without the latter being obliged to reveal any of his private data or personal interaction with all of his followers, and this is what is found, for example, on YouTube platform.

Such manifestations do not represent a single integrated identity, but rather a package of interactions that are affected by the level of virtual dynamics of the contents within the platforms, which are the product of the algorithms that its digital element is completely organized. Thus, it fabricates these dimensions of identity according to a virtual system that makes the ordinary tangible identity a part of the multiple digital identities of the individual, and not the other way around. This is because the mood, tendencies and attitudes of the digital individual do not necessarily return to the user’s free decision, but rather are formed through a sequential and complex stage of deep marketing of data and sources that are difficult to track in the network. However, in all cases, these identities continue in virtual reality, without having any clear spatial presence. It is enough for a person to interact with a certain digital material to make this interaction continues indefinitely without an actual place. This prompts to form a moral responsibility towards these materials in which the individual cannot control its course nor the reactions it may cause. This is due to the emergence of (digital reputation) that is formed from the effects of the presence and interaction of the individual within the network, which has become a crucial matter in determining the social and professional values of the individual. Many institutions have begun to assess the individual through this digital reputation.

These radical transformations that affected the human presence in the world, the nature of the relationship that one establishes with others, and the values and principles that are formed according to the new digital practices of the digital individual indicate that the rules of influence have completely changed. That it is dangerous for the traditional institutions to continue using the same approach in the Arab and Islamic world in particular. These transformations invite one to the infinite world, framing relations with qualitative projects, and correct the ideological fallacies by continuing with the same approach. It is as same as using the digital technology, yet ignoring the moral, cognitive and ideological identity of the individual. Such case will make us detached from the actual context of people’s daily lives.

Since every social or religious institution is in fact composed of a set of rules and principles that govern the interactive relations between people, it is time for us to strive to establish a general reformation of traditional institutions in the Islamic world, and be able to understand the nature of the new digital rules and activate them in their functional system. This alone can link these institutions to the new vital field, where a new youth identity is create, through communicative processes based on the abolition of the meanings of time and place, opening social, economic, and ideological horizons for the young people that extend across the entire world. The issue with isolation, painting oneself into a corner, and the traditional work accompanied by a narrow view, will put these young people in a dilemma, and here we stress the need to produce a holistic project that accepts the requirements of change and development for a world that no longer believes in traditional time and place.