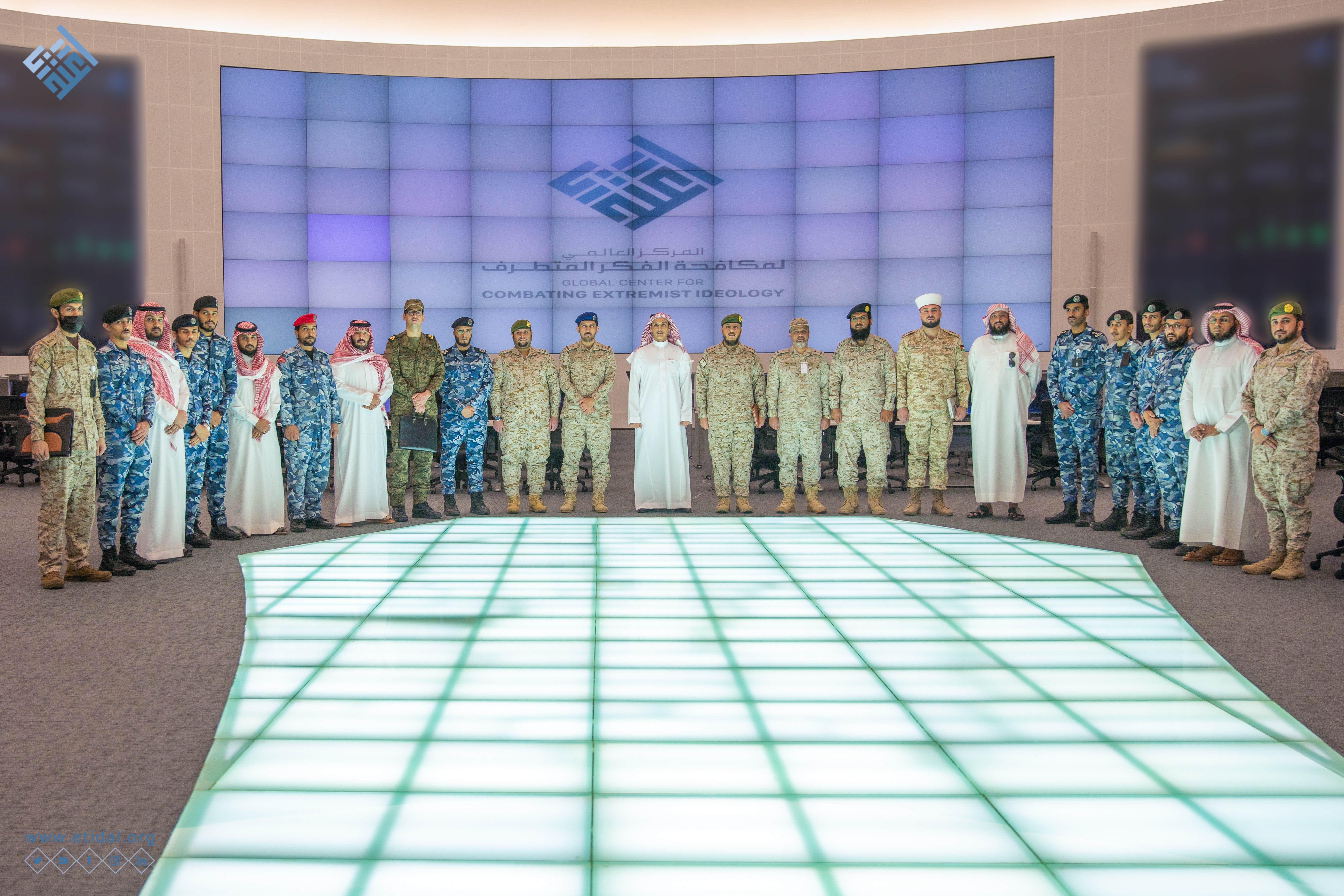 The Global Center for Combating Extremist Ideology (Etidal), at its headquarters in Riyadh, received a delegation of participants in the course on combating extremism and promoting loyalty, held at the Institute of Religious Affairs of the Saudi Armed Forces, on Monday May 30, 2022. During the visit, the delegation briefed about the Center’s efforts in combating extremist ideology.

The delegation also toured the command and control department at the center, during which it was acquainted with Etidal’s mechanisms in monitoring and analysis, and the most prominent techniques and models that are being built and developed within the center in this aspect. At the end of the visit, the delegation members and officials in Etidal took souvenir photos on this occasion.

(Etidal) receives a delegation from the Saudi Shura Council

(Etidal) Receives a Delegation of Participants in a Course…

A delegation from the US Congress: There are many ways of…

A delegation from the Kingdom of Sweden supports cooperation…