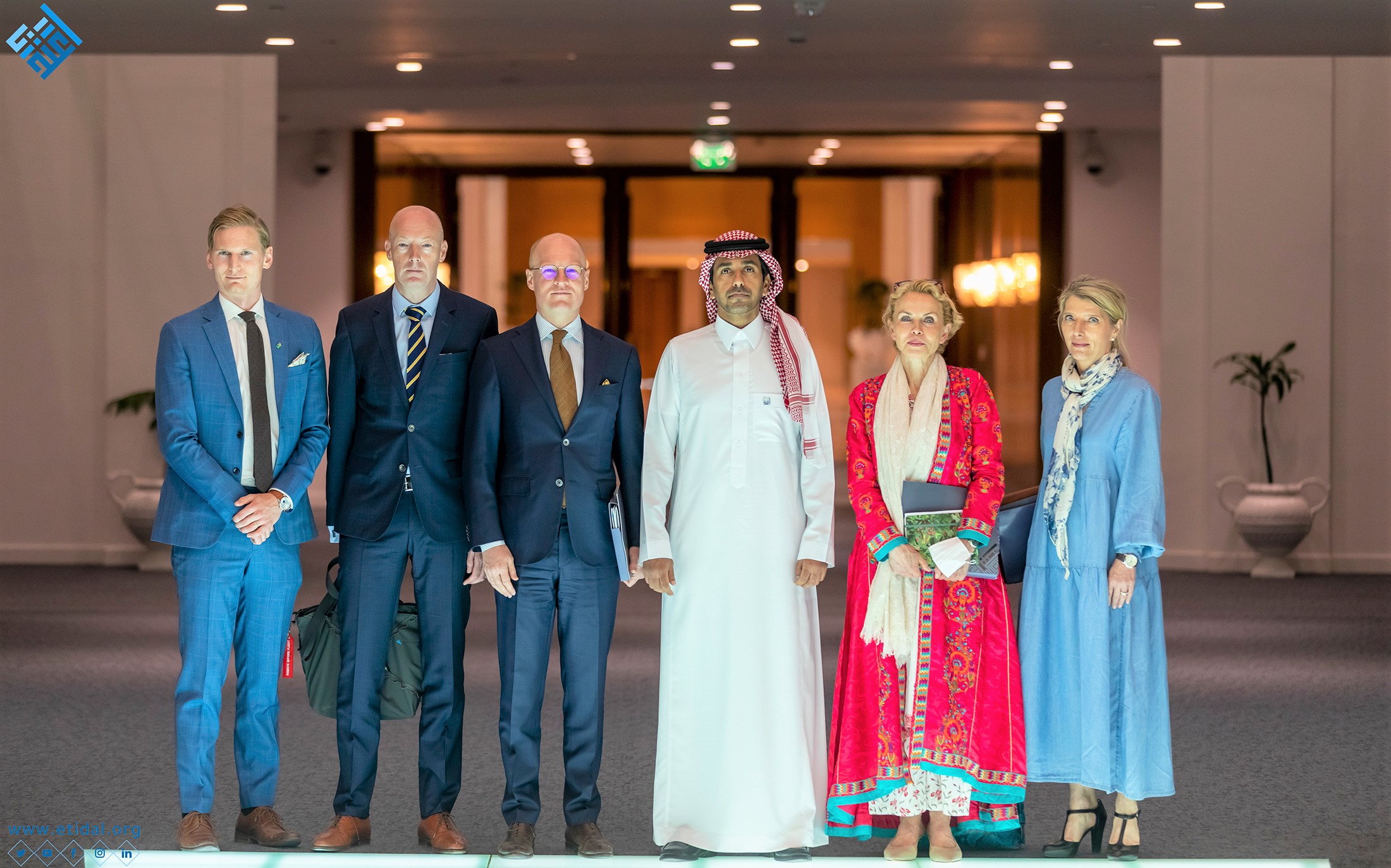 The Secretary-General of the Global Center for Combating Extremist Ideology (Etidal), Dr. Mansour Al-Shammari, received at the center’s headquarters in Riyadh today May 23, 2022, a delegation from the Kingdom of Sweden, including the Special Envoy of the Organization of the Islamic World and Intercultural and Interreligious Dialogue, Ambassador Ulrka Sandberg and Coordinator of Counter-Terrorism, Ambassador Erica Freer, and they talks on strengthening joint cooperation in combating extremist ideology.

During the visit, the delegation was briefed on Etidal’s work strategies, and toured the Command and Control Department, during which they learned about the monitoring and analysis mechanism, the techniques used, and the models that are being built and developed inside the center. Before leaving the center, photos were taken, while gifts were exchanged between His Excellency the Secretary-General of (Etidal), Dr. Mansour Al-Shammari, and the visiting delegation.

The Special Envoy of the Organization of the Islamic World and Intercultural and Interreligious Dialogue Ambassador Ulrka Sandberg made a statement which she said, “This is my second visit to Etidal, and I must say that I am very impressed, and I am very happy to be here in the fifth anniversary of Etidal to see how much progress has been made, but unfortunately the challenges are continue and morphe into new challenges. We are  of course have to support cooperation between the Kingdom of Saudi Arabia and Sweden and of course having Etidal  as a partner in this fight, and I think there should be more contact, and hopefully that there is no  more pandemic so that we can come much more often. I hope that the experts can start to collaborate on a regular bases and having visits to Sweden by Etidal.