UWTSD Delegation: Etidal Plays a Significant and Distinguished Role in Promoting the Values of Peace and Moderation 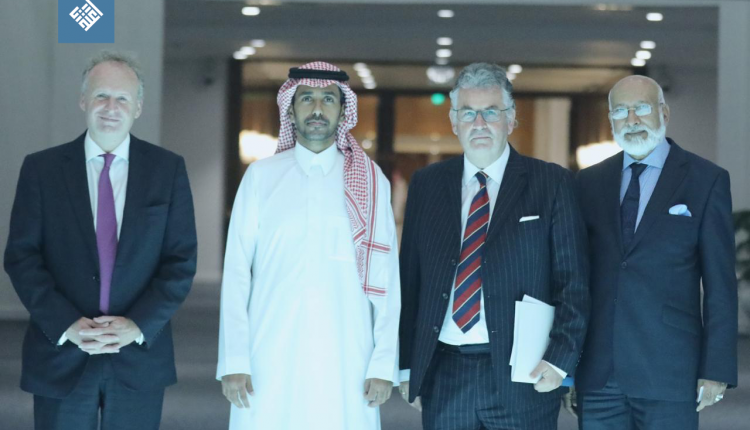 On October 8 in Riyadh, the Secretary General of the Global Center for Combating Extremist Ideology (Etidal), Dr. Mansour Alshammari, received Professor Medwin Hughes, Vice-Chancellor of the University of Wales Trinity Saint David (UWTSD), and the accompanying delegation. Professor Hughes commended the efforts made by Etidal, expressing his admiration of the Center’s specialized capabilities for combating extremism.

Professor Hughes thanked Etidal for the invitation, highlighting that Etidal plays a significant and distinguished role in promoting the values of peace and coexistence among people who differ. He also pointed out that they at UWTSD have produced several scientific studies about the various kinds of extremism and similar topics.

The Dean for the Faculty of Humanities and Performing Arts, Dr. Jeremy Smith, emphasized the importance of anti-extremism campaigns and addressed the issue of formulating counter narratives. Mr. Saleem Asghar Kidwai pointed to the awareness in the UK of the problem of extremism, whether religious or ethnic.

The Center’s officials emphasized that it is not possible to succeed in combating extremism without relevant scientific and academic research based on experimental data. The community at large should also contribute in such efforts. It is equally important to promote electronic literacy and awareness, and Etidal can provide the support needed.

The delegation also took a tour of the Command and Control Center to learn about the procedures and techniques used and the models being built and developed, as well as Etidal’s ongoing and future projects.

At the end of the visit, a photo was taken to mark the occasion and the Center’s Secretary General presented a commemorative gift to UWTSD´s Vice-Chancellor Professor Hughes. 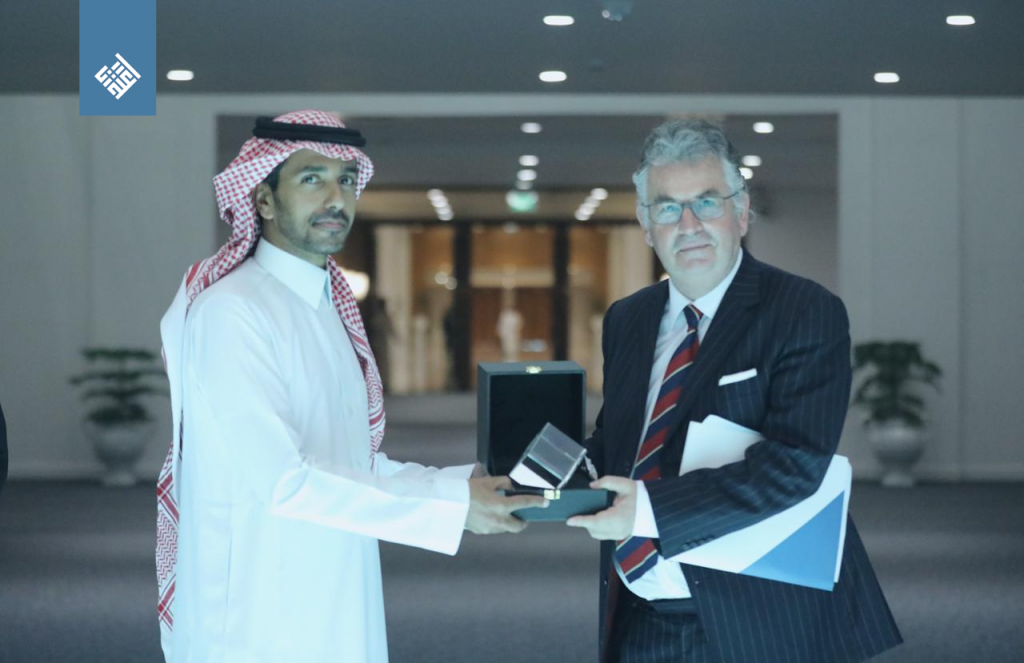