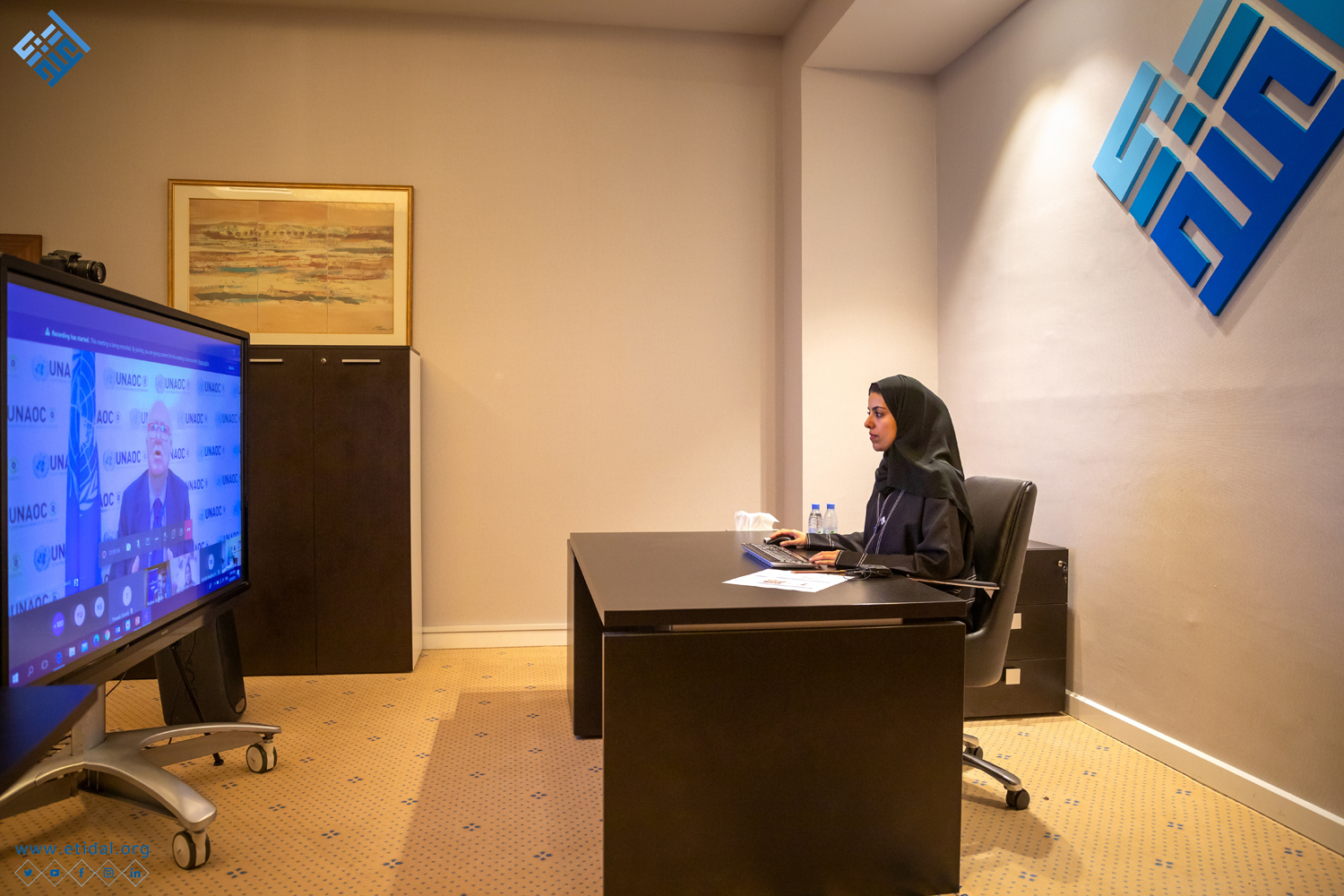 The Global Center for Combating Extremist Ideology (Etidal) continued its participation in the United Nations events for Counter-Terrorism Week 2021, with a paper entitled “Etidal Center monitors the behavior of extremist groups on social media during the Corona pandemic period”.

The participation was within a session on Wednesday, June 30th 2021, through a video call organized by the permanent delegation of the Kingdom of Saudi Arabia to the UN in cooperation with UNCCT. The virtual event was entitled “Prevention and misuse of the New Social Media Platforms”, with the involvement of the United Nations Alliance of Civilizations (UNAOC) and the Counter-Terrorism Committee the Executive Directorate (CTED).

In its paper, Etidal touched upon the extremist groups’ abuse and exploitation of the Corona pandemic and humanitarian crisis in promoting their extremist ideas through social media. Etidal also addressed the behavior and trends of both “Al-Qaeda and ISIS” through an accurate monitoring of the two organizations before and after the pandemic during a period of time set by the study personnel. The aim is to reach accurate results in comparisons between the behavior and trends of each one on the network and social media platforms.

H.E. the Kingdom’s permanent representative to the UN, Ambassador Abdullah bin Yahya Al-Moualimi, stressed in a speech at the beginning of the event that the Kingdom has established many programs and centers addressing extremism by monitoring and combating extremist ideologies and refuting its theses, and H.E. mentioned Etidal among these centers. The latter signed a memorandum of understanding with the UNCCT recently and it is participating in today’s discussion.

On the other hand, the Under-Secretary-General and Executive Director of the UNCCT, Mr. Vladimir Voronkov, praised the presentation of Etidal, describing it as “excellent”.