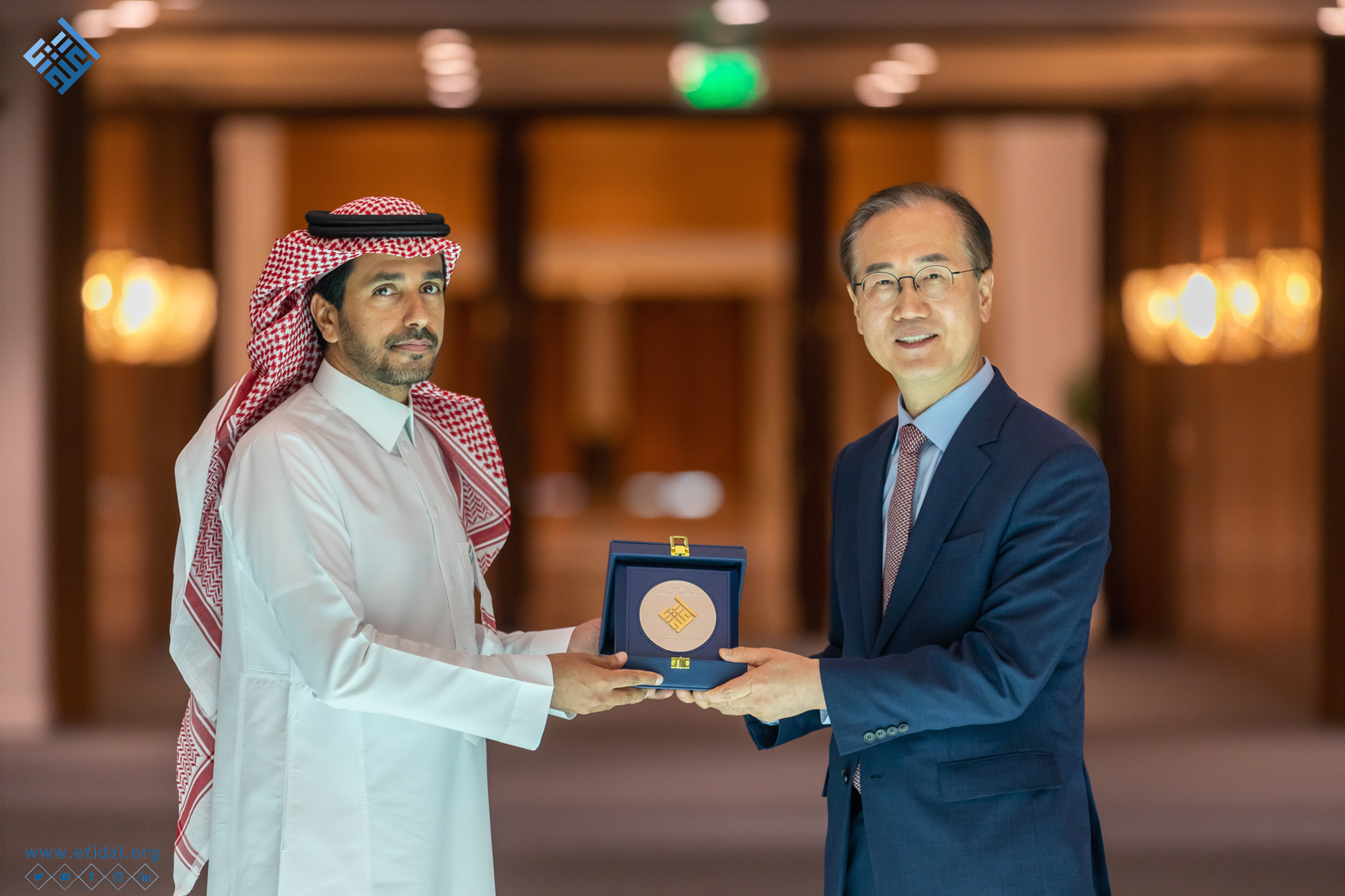 The Secretary-General of the Global Center for Combating Extremist Ideology (Etidal), Dr. Mansour Al-Shammari, received the Ambassador of the Republic of South Korea to the Kingdom of Saudi Arabia, Park Joon Yong, at the center’s headquarters in Riyadh on Monday 18th October 2021.
During the reception, the Ambassador learned about Etidal’s efforts to combat extremist ideology, its monitoring and analysis mechanisms, and the most prominent techniques used in this field. The two sides also discussed issues of common interest.
At the end of the visit, H.E. the Secretary-General of the Center, Dr. Mansour Al-Shammari, presented a souvenir to the Ambassador, Park Joon Yong, while taking photos. In his speech, the ambassador said: “actually, I was envious of your organization, you are well to conduct anti-extremist movements, and I sincerely hope that Etidal and Korea can find cooperation in some areas”. 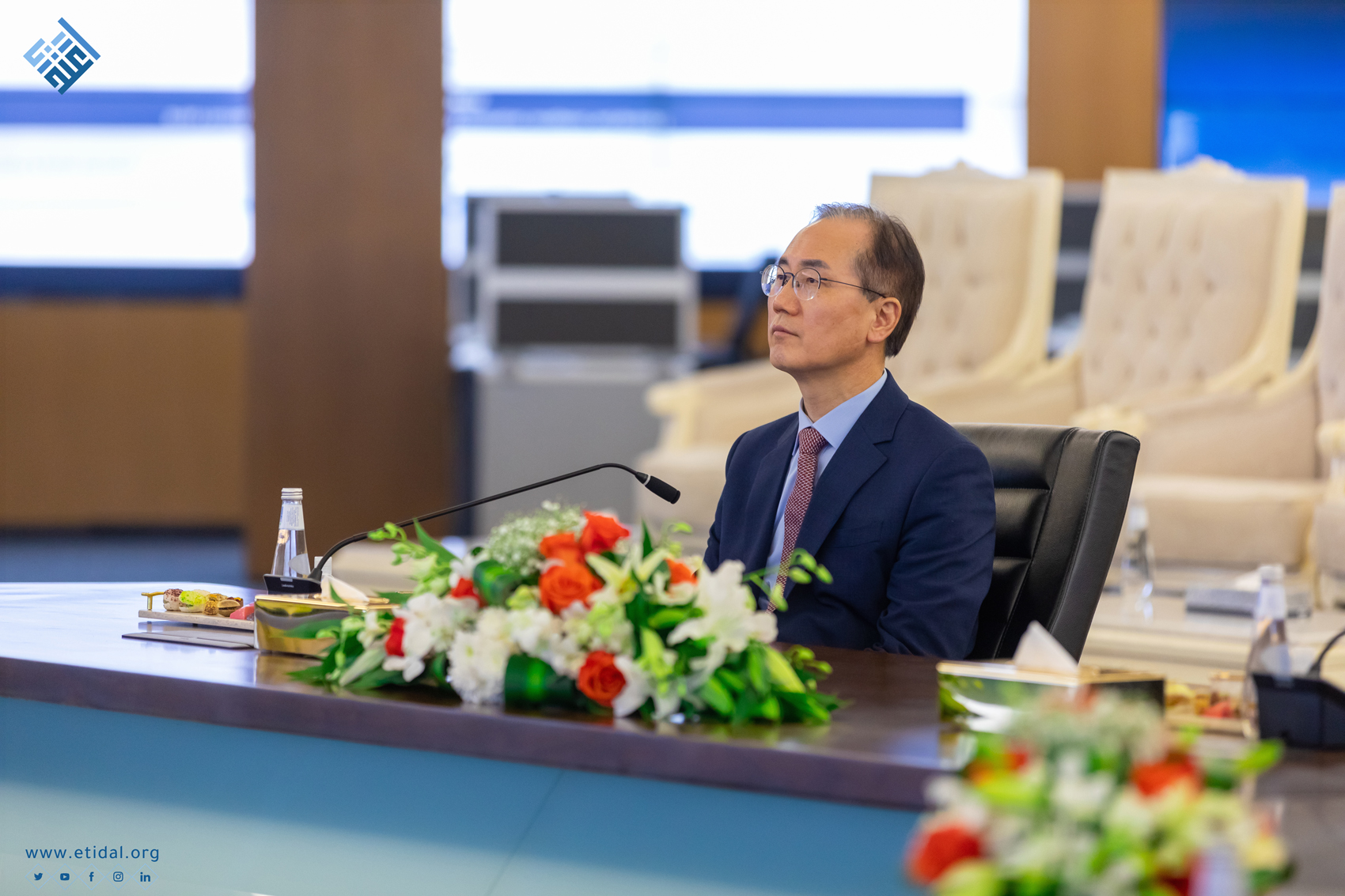 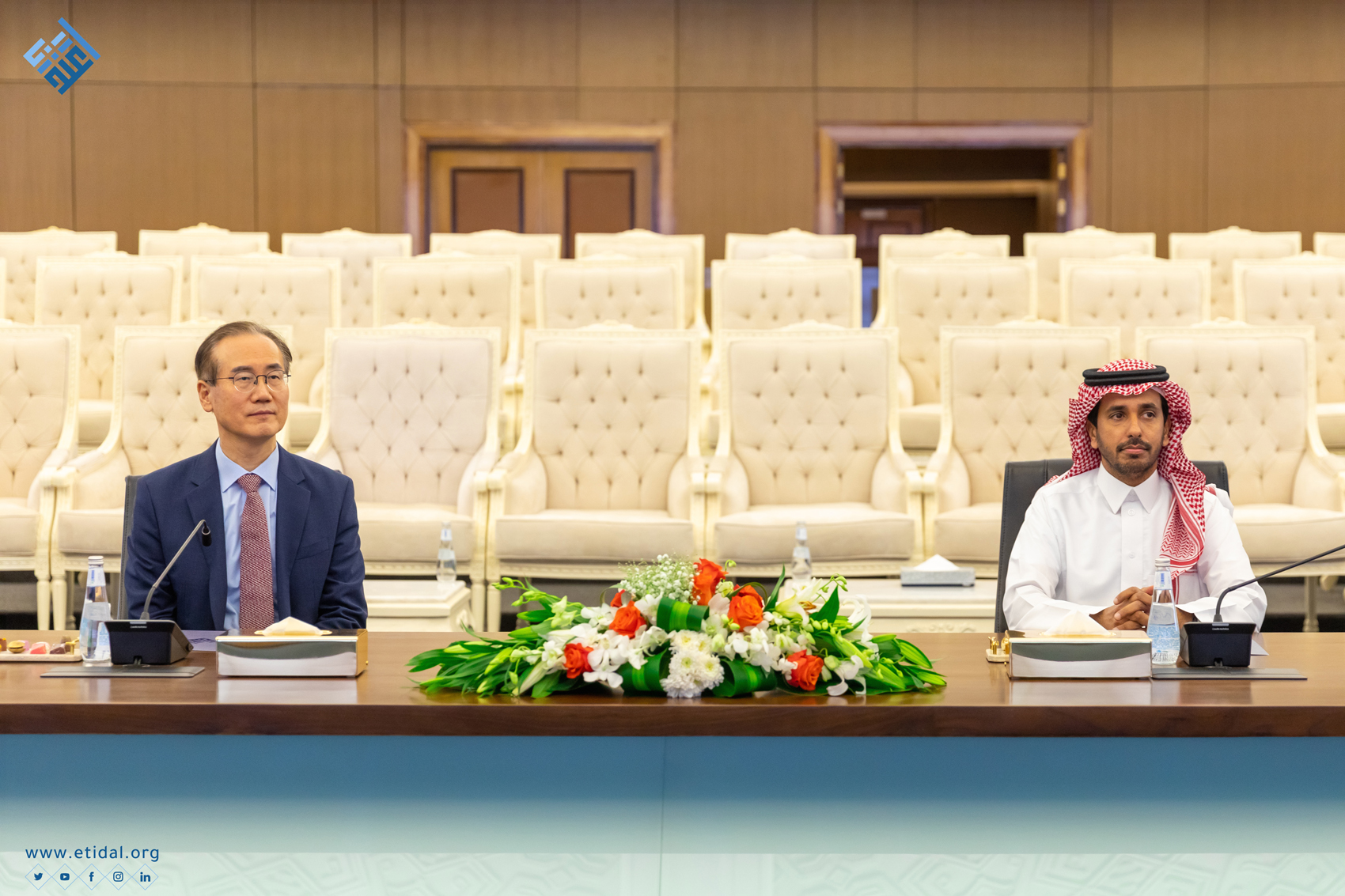