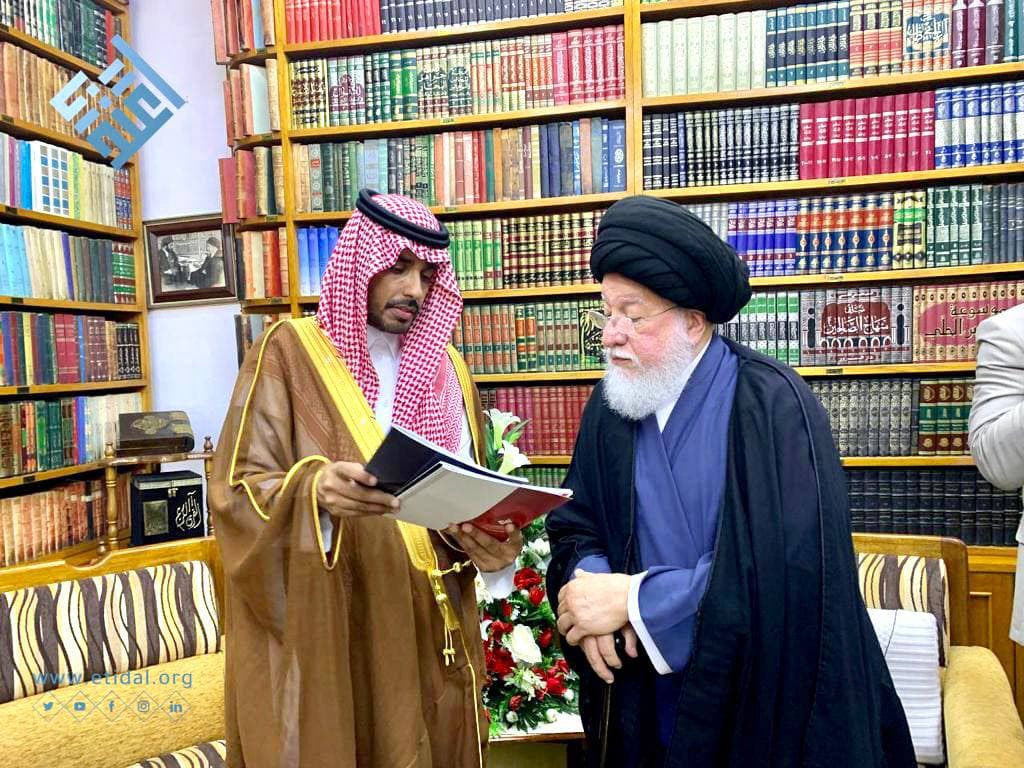 H.E. the Secretary-General of the Global Center for Combating Extremist Ideology (Etidal), Dr. Mansour Al-Shammari, and his accompanying delegation, concluded their visit to the Republic of Iraq on Wednesday August 25, 2021 with a meeting with the religious authority, His Eminence, Mr. Hussein Ismael Al-Sadr. The meeting dealt with the importance of the moderation values between religions and the role of religious scholars in rejecting hatred and promoting and spreading peace and love between societies and peoples.

In an interview with Al-Arabiya TV, H.E. Dr. Mansour Al-Shammari stated, “On the fourth day of the visit to the Republic of Iraq, we met the Iraqi National Security Adviser, Mr. Qassem Al-Araji. The discussions revolved around combating extremist ideology and the relations between Etidal and the Republic of Iraq. In addition, we discussed many of the issues in the region, and met with officials in the National Security Apparatus and the Counter-Terrorism Service. The last of which was today, I met with Mr. Hussein al-Sadr, and the discussions revolved around combating extremist ideology, spreading moderation, and serving moderate way of thinking in the region”. Then H.E. added, “thank God, these visits had a full support of all state agencies in the Republic of Iraq, as well as the Kingdom of Saudi Arabia’s initiative Etidal, aiming to combat extremist ideology and terrorism, not only locally, but also regionally and globally.”

In response to a question regarding what has been agreed upon from the program or plans that will be implemented during the coming period, H.E. said, “The truth is that the discussions were very serious, there should be close cooperation between the existing institutions, whether they are government institutions or civil institutions. We also met with officials at the Al-Nahrain Center for Studies, which is affiliated with the National Security Advisory, who shared their experiences.” H.E. also added, “The Iraqis have gone through a bitter experience during the past years, but they succeeded remarkably in repelling these terrorist organizations from the region in general. They have extensive experience in combating terrorism, and we are seeking to benefit from them along with the technologies, media discourse that we can formulate in this aspect, and ideological data analysis that we have at Etidal. All of these will be embodied in the coming days with close cooperation and partnership between Etidal, and the Republic of Iraq.”

In response to a question regarding whether there are initiatives, agreements and memoranda of understanding, H.E. said, “The discussion now is focused on the formation of this relationship between Etidal and the existing Iraqi institutions. Six high-level delegations have visited Etidal, which gives the Iraqi side a good definition and a clear picture of Etidal and what it has.” Then H.E. added, “They have challenges with regard to the existing and very large data we have (the raw material) of terrorist organizations. The region, as we all know, is going through great challenges, and the answer to the question about agreements you mentioned earlier may form later.”

Regarding the circumstances and changes that the region is going through, and what the channel described as “the potential danger” of the return of extremist organizations and groups in the region due to the Taliban’s return to Afghanistan. In addition to the link between them and the possibility of this happening, and whether there are plans or studies to deal with such dangers. H.E. commented,

“The issue of Taliban is under observation and monitoring as the Center is concerned with combating extremist ideology, and talking about Taliban is premature at these moments. However, we are concerned with the escalation of extremist rhetoric in social media platforms and the releases issued by terrorist groups, and we closely follow all that is issued from these groups, whether in paper, visual or audio formats. Since the beginning of the year, we have noticed directly and strikingly that this escalation is divided into two ways. The first one is carried out by certain terrorist groups, which includes rooting, theorizing, repeating old lessons, incite hostility and so on. The second one is related to the process of polarization and recruitment, and working on the use of technology. We also noticed that terrorist organizations have recently merged all or many of their electronic activities to include them in one platform. We have also seen that extremist discourse drags us into a specific conflict zone, which we have discovered and know its outcome, especially with regard to the conflict over the religious text and its outcomes.”

We also saw that extremist discourse drags us to a specific conflict area, which we discovered and we are not dragged behind and we know its consequences. etc., especially with regard to the conflict over the religious text and its consequences.”

H.E. added, “Today when we were talking with Mr.Hussein AlSadr regarding religious discourse, he was talking moderately and I was pointing out and stressing on the need of such discourse whether on the Sunni or Shiite level. Religious discourse is not targeting or threatening certain person but rather everyone. He also pointed out to a Center called (Humanitarian Dialogue) which has branches in European countries and we will work closely in the future, and we will visit Iraq later another time in broader visit.”

H.E. Dr. Mansour Al-Shammari, in response to a question about Etidal’s strategies in dealing with these matters, pointed out, “Etidal is a strategy that was established in 2017, with a duration of five years, specifically concerned with the religious discourse. However, we discovered that there are strategies or plans -aka variable- presented by these organizations, and I do not want to name a specific group. As I mentioned a while ago, there is a group in the Middle East works on rooting continuously and permanently by highlighting terrorist leaders, whether dead or alive, presents studies, books, and publications and so on. Their exploitation of religious discourse is evident.  The other way, as we mentioned, focuses on social media platforms, where they are adopting a systematic and continuous non-stop process of mobilization and incitement, and their transition from one platform to another. These groups did not stop until this moment, and we are observing that it is escalating continuously.”H.E. gave a lecture at the Al-Nahrain Center for Strategic Studies in the Iraqi capital, Baghdad, on “combating extremism”, in the presence of the Iraqi National Security Adviser, Qassem Al-Araji, and representatives of Iraqi and social religions and sects. The discussion witnessed a consensus on the danger of hate speech, and the emphasis on the values ​​of moderation. 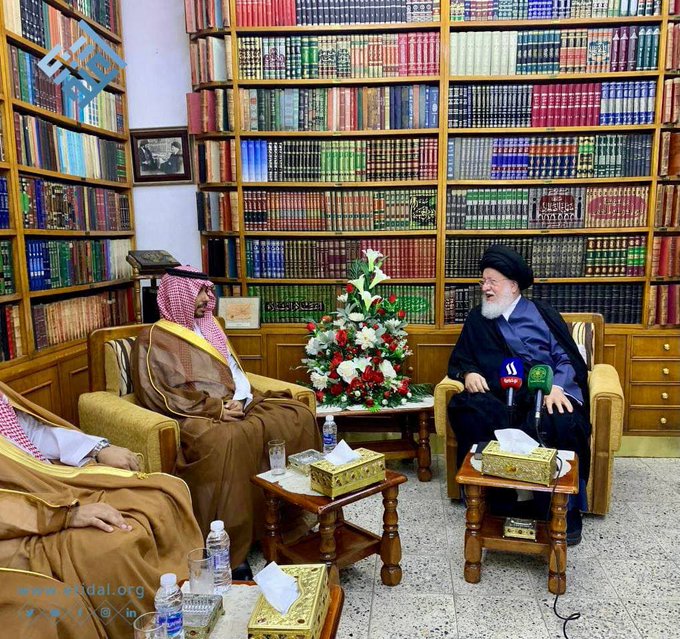 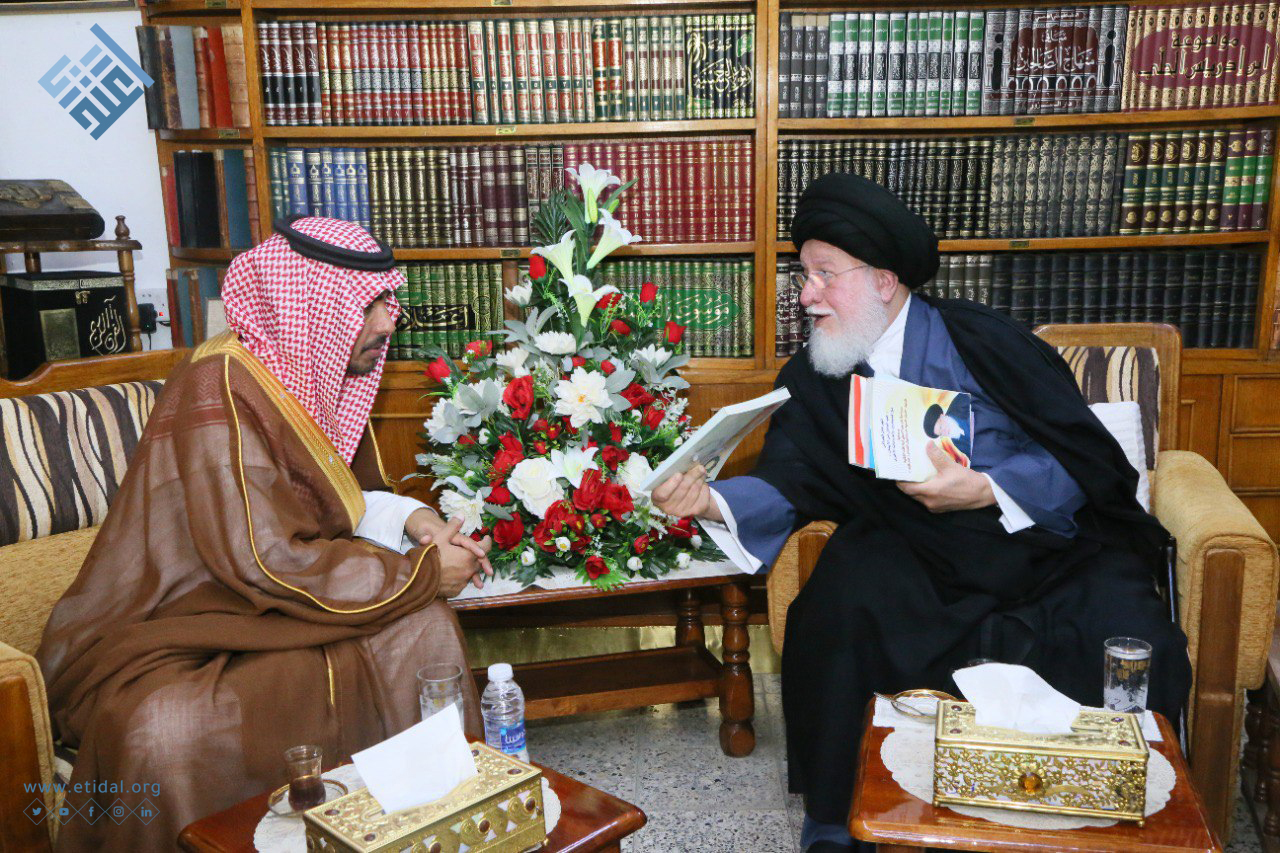 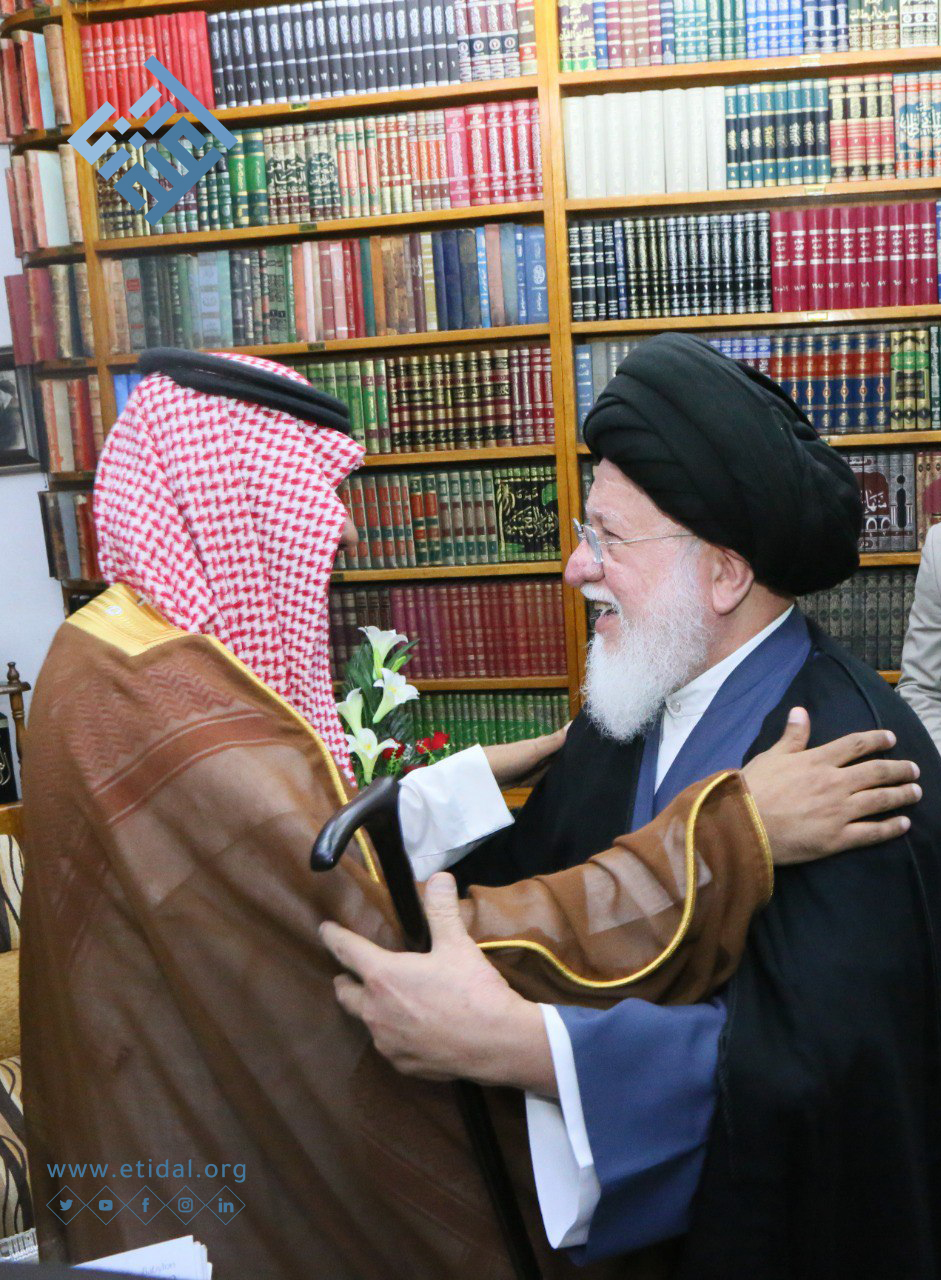 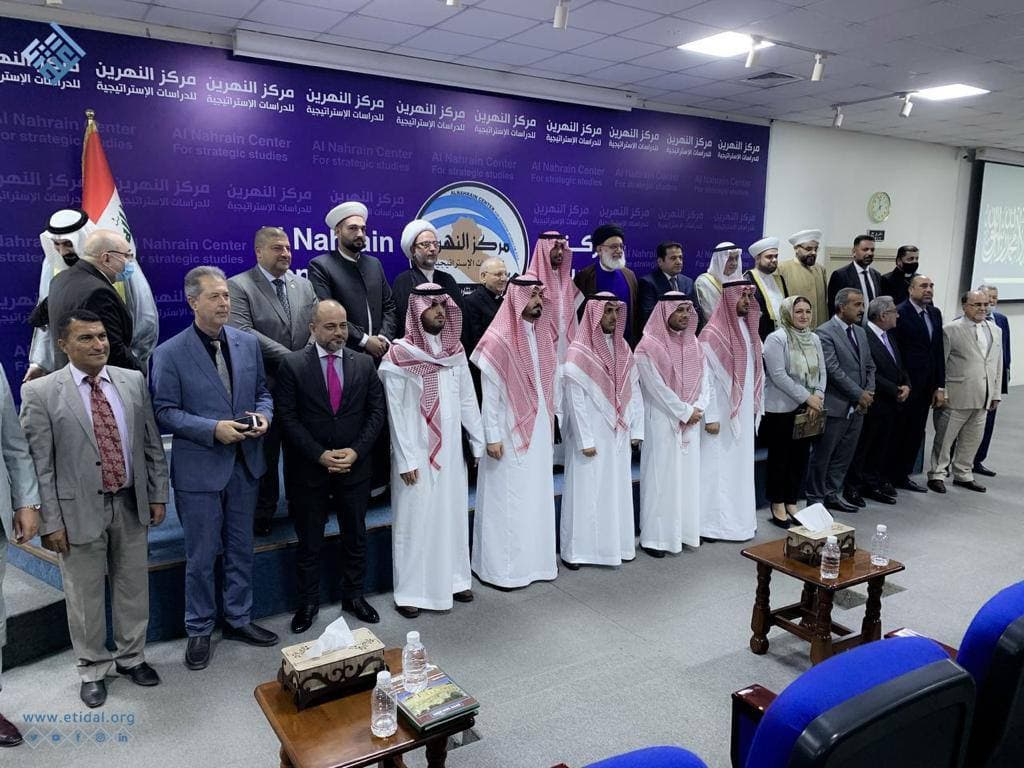 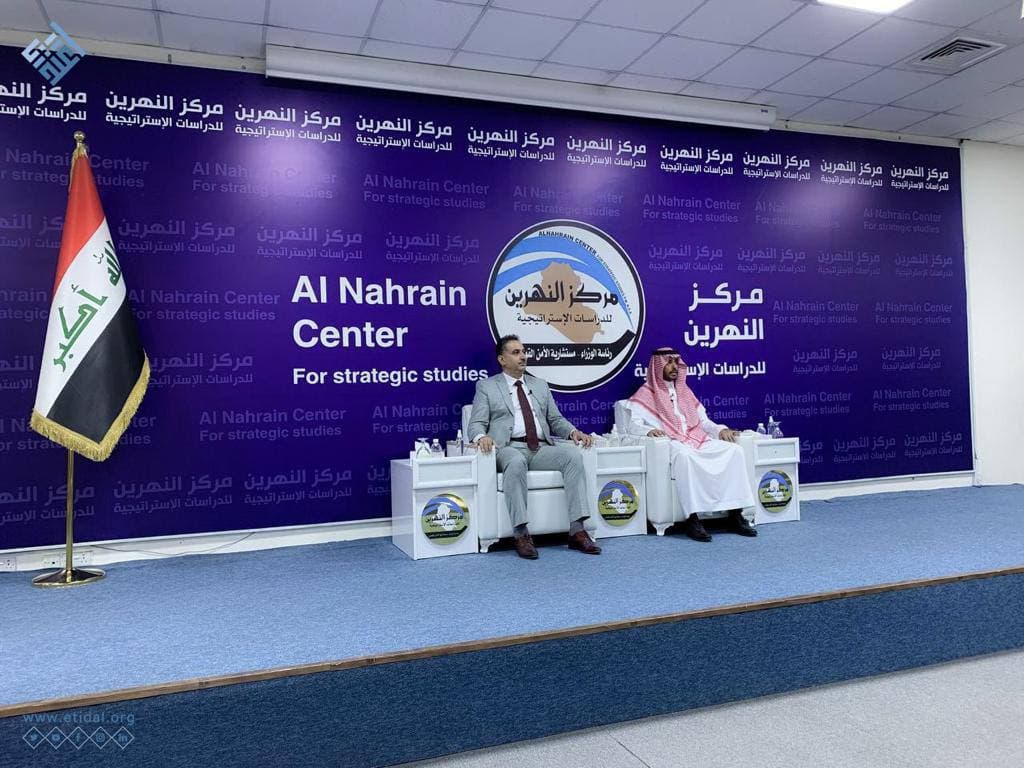 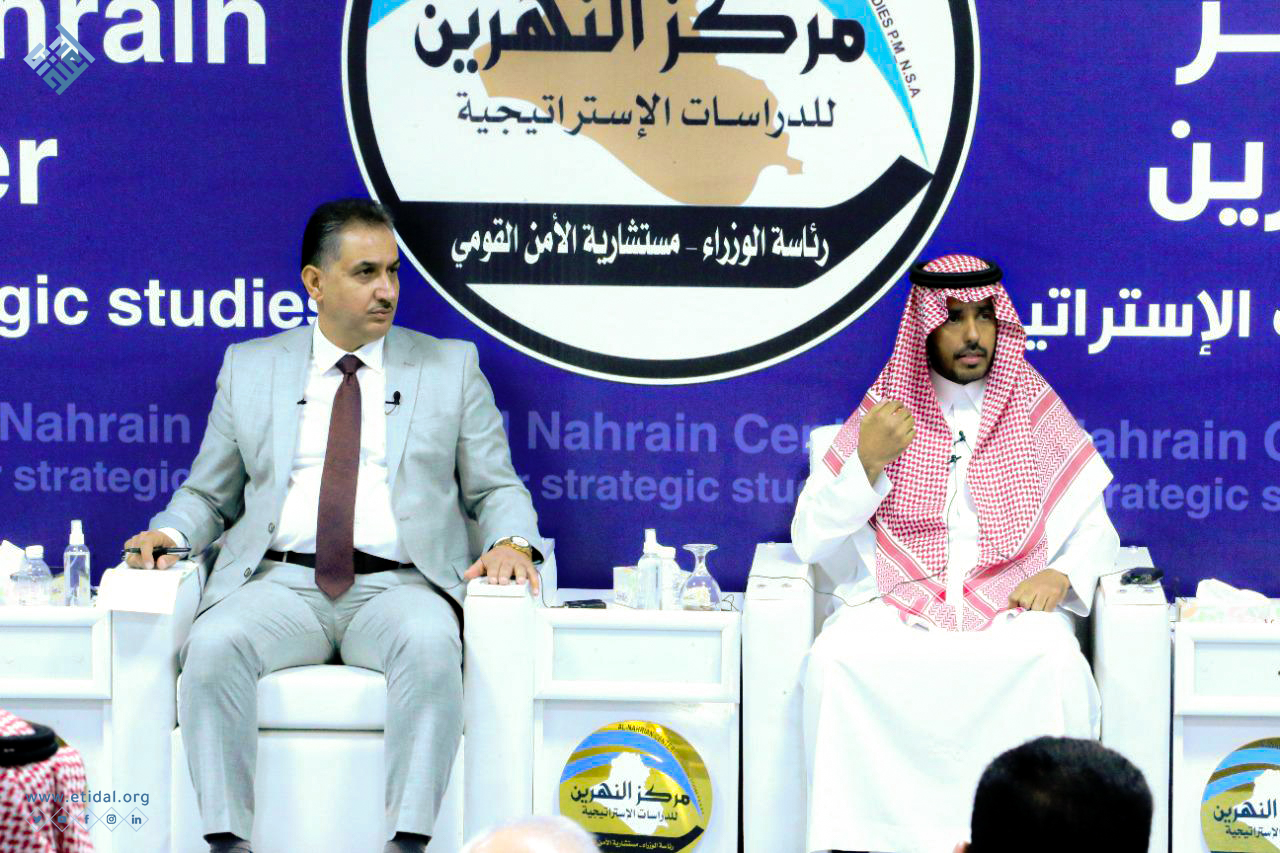