The European Union: we look forward to cooperating with Etidal for a safer region 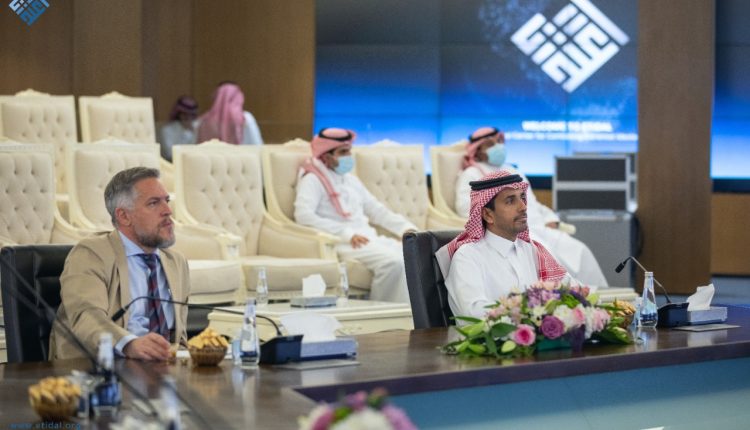 During his reception by Dr. Mansour Alshammari, Secretary-General of the Global Center for Combating Extremist Ideology (Etidal) on Monday, October 19th 2020 in Riyadh, H.E. Patrick Simonnet, Ambassador, Head of the EU Delegation to the Kingdom of Saudi Arabia, the Kingdom of Bahrain and the Sultanate of Oman has praised Etidal on its role and efforts in making the region safer and more stable. H.E. Patrick Simonnet has stated the EU is looking forward to cooperating with Etidal.

During their visit, the delegation was briefed on the Center’s top strategies in the monitoring and analysis processes, the models developed and the techniques used in disseminating and combating the extremist rhetoric.

At the end of the visit, the Secretary-General Dr. Mansour Alshammari presented H.E.  Patrick Simonnet with a souvenir gift. Afterwards, H.E. Patrick Simonnet wrote down a comment on the Center’s visitors book: “Thank you so much for your important work – important for the Kingdom of Saudi Arabia but also for Europe. We all have the same enemy in common, we all count on you and you can count on us. I am looking forward to continued cooperation on all topics, which will contribute to make the region safe and more stable. All my admiration to your dedicated team. Best regards”. 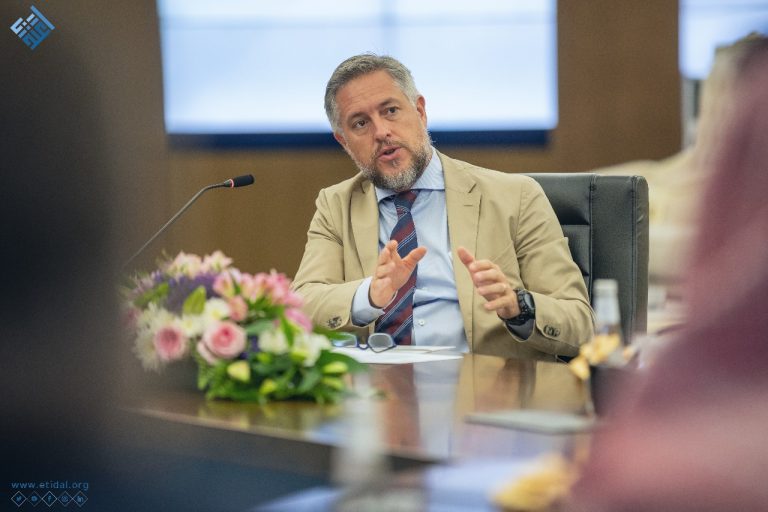 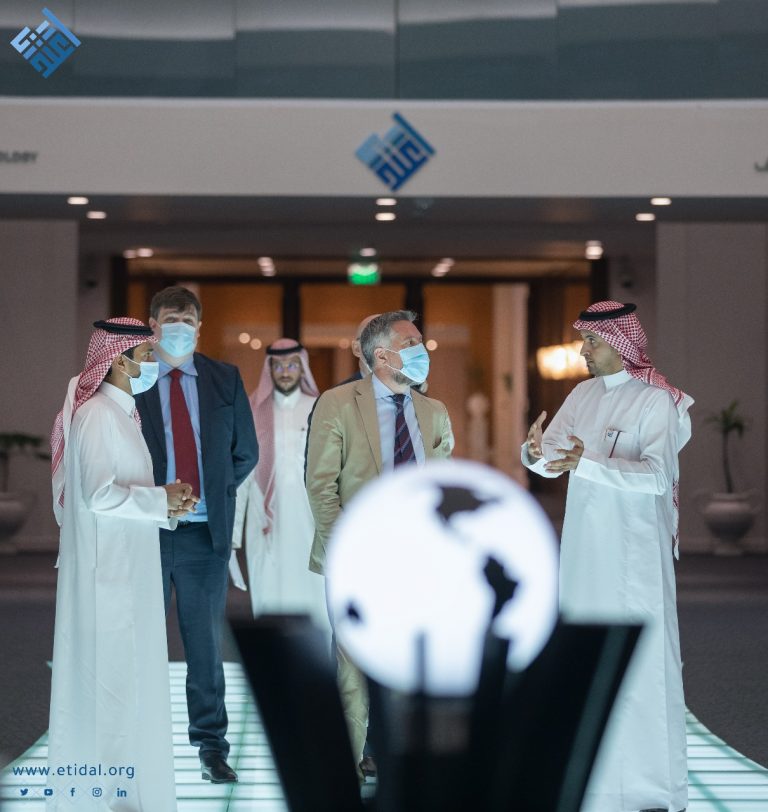 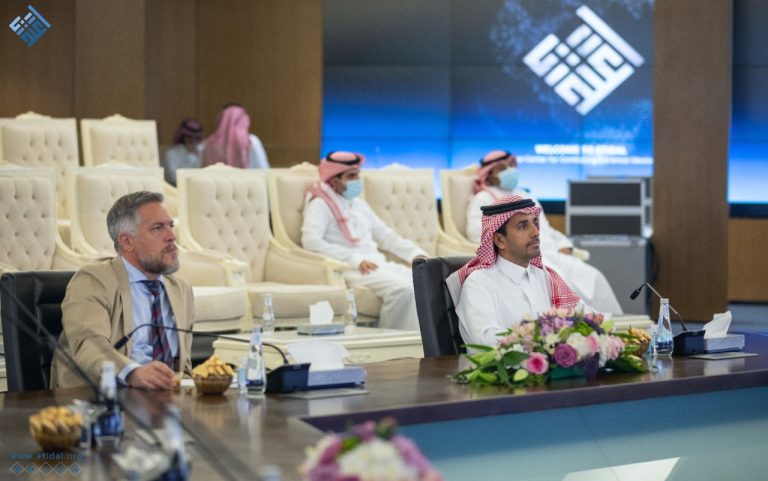 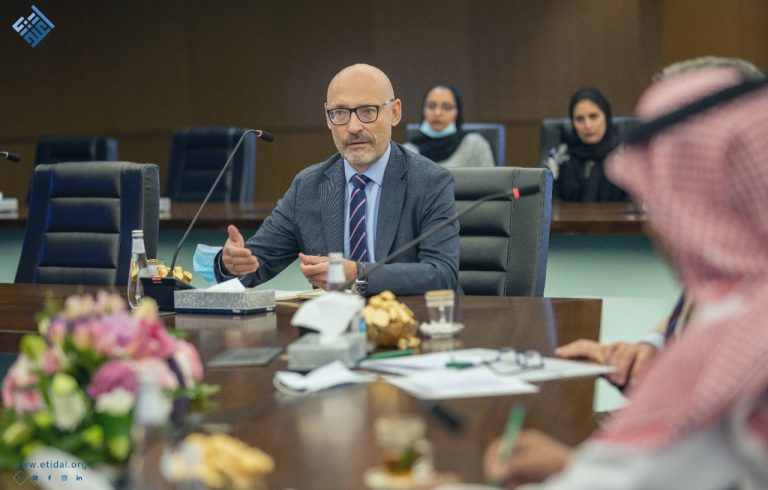 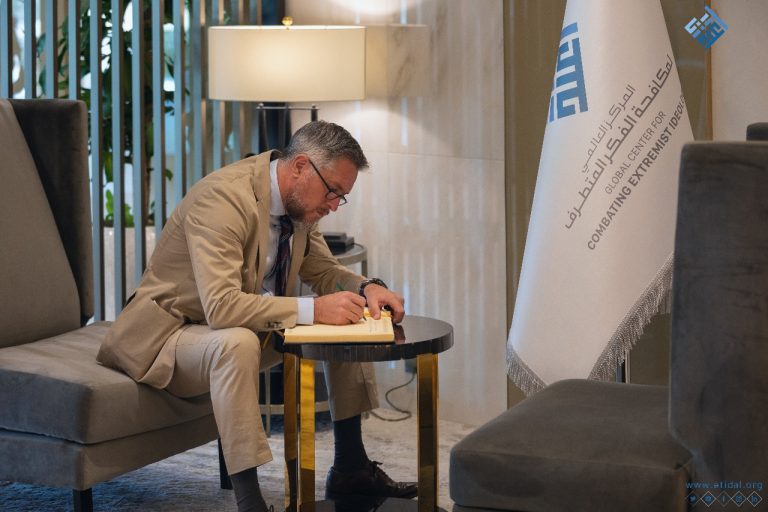 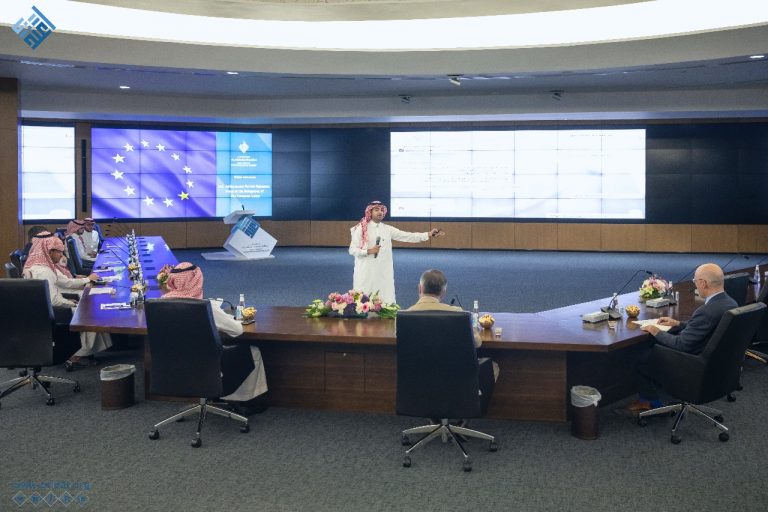