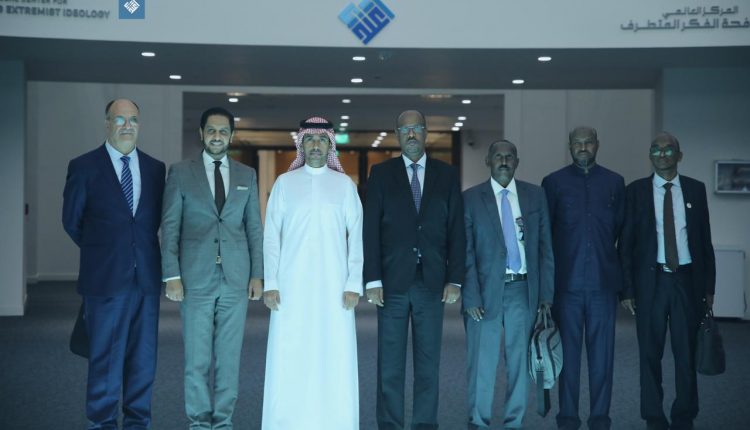 A delegation from Djibouti recognized the strategy of the Global Center for Combating Extremist Ideology (Etidal) in providing counter-narratives. The delegation was received by the Secretary-General, Dr. Mansour Alshammari, in Riyadh on December 4, 2019, and called for cooperation between the two sides, especially since Djibouti is considered as a bridge between the Arabian Peninsula and the Horn of Africa region, with its various languages and cultures.”

The head of the delegation, His Excellency the Minister of Islamic Affairs, Culture and Endowments, Moamen Hassan Berri, described the role of Etidal as “distinguished.” In a note, he wrote in Etidal’s record of visits, he said “It is a great honor to visit Etidal´s center. Seeing is believing. On the visit, we discovered that it’s an advanced scientific institution and it’s needed in contemporary times.”

A member of the delegation, Ambassador of the Republic of Djibouti, Dean of the Diplomatic Corps in the Kingdom of Saudi Arabia, Dya-Eddin Bamakhrama, expressed his thanks to the Saudi leadership represented by the Custodian of the Two Holy Mosques King Salman bin Abdulaziz and the Crown Prince and Deputy Prime Minister and Minister of Defense His Royal Highness Prince Muhammad bin Salman bin Abdulaziz for their initiatives and visions to fight and protect the region from extremism by establishing specialized centers including the Global Center for Combating Extremist Ideology (Etidal), calling for joint cooperation between Djibouti and the Center.

Also, during the visit, the delegation was briefed on Etidal´s mechanisms for monitoring and analyzing, in addition to the most important techniques used by the Center.

At the end of the visit, the guests took some commemorative pictures with the Secretary-General, Dr. Mansour Alshammari.