Iraqi Military Delegation: We Praise the Capabilities of Etidal and Look Forward to Joint Cooperation 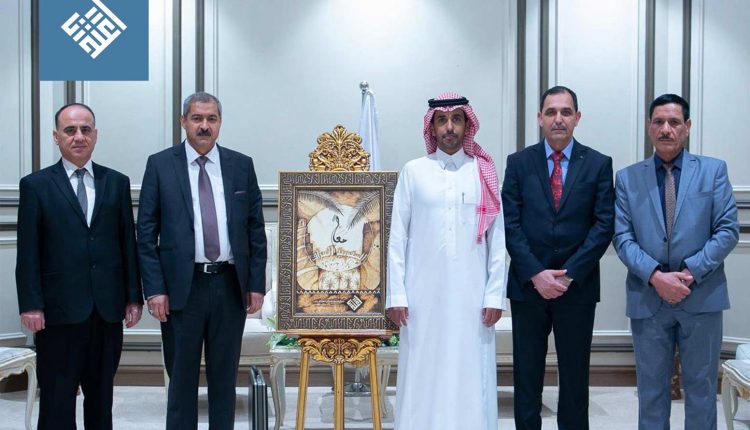 An Iraqi military delegation has shown a marked interest in cooperating with the Global Center for Combating Extremist Ideology (Etidal) during its visit to the Center in Riyadh on April 22.

The delegation emphasized the fact that its “country has suffered the most from terrorism”, and added “We need you in the next phase to create a safe environment, learn from you, share lessons with you and hopefully add something to the Center.”

The delegation included Major General Abdul Hussein Altamimi, Chief of Operations Commission of the Joint Operations Command, Republic of Iraq, General Hazza Alshammari, Commander of the Fifth Region in the Iraqi Borders, General Khalid Abdul Sattar, Deputy Head of the Planning Commission of the Joint Operations Command, and Brigadier General Yahya Rasool, Spokesman of the Iraqi Security Information Cell. The Secretary General of the Center, Dr. Mansour Alshammari, and a number of the Center’s officials received the delegation upon its arrival.

During the visit, the delegation was briefed on Etidal’s strategy, structure, as well as the ongoing and future projects based on the intellectual, digital, and media pivots. The delegation also was informed about technologies used by Etidal in monitoring and follow up, and its strategy in dismantling Daesh’s content on all of the online platforms.

Altamimi stressed that “terrorism begins with ideological extremism”, and that it is essential to “pay attention to the strategies related to this aspect.”