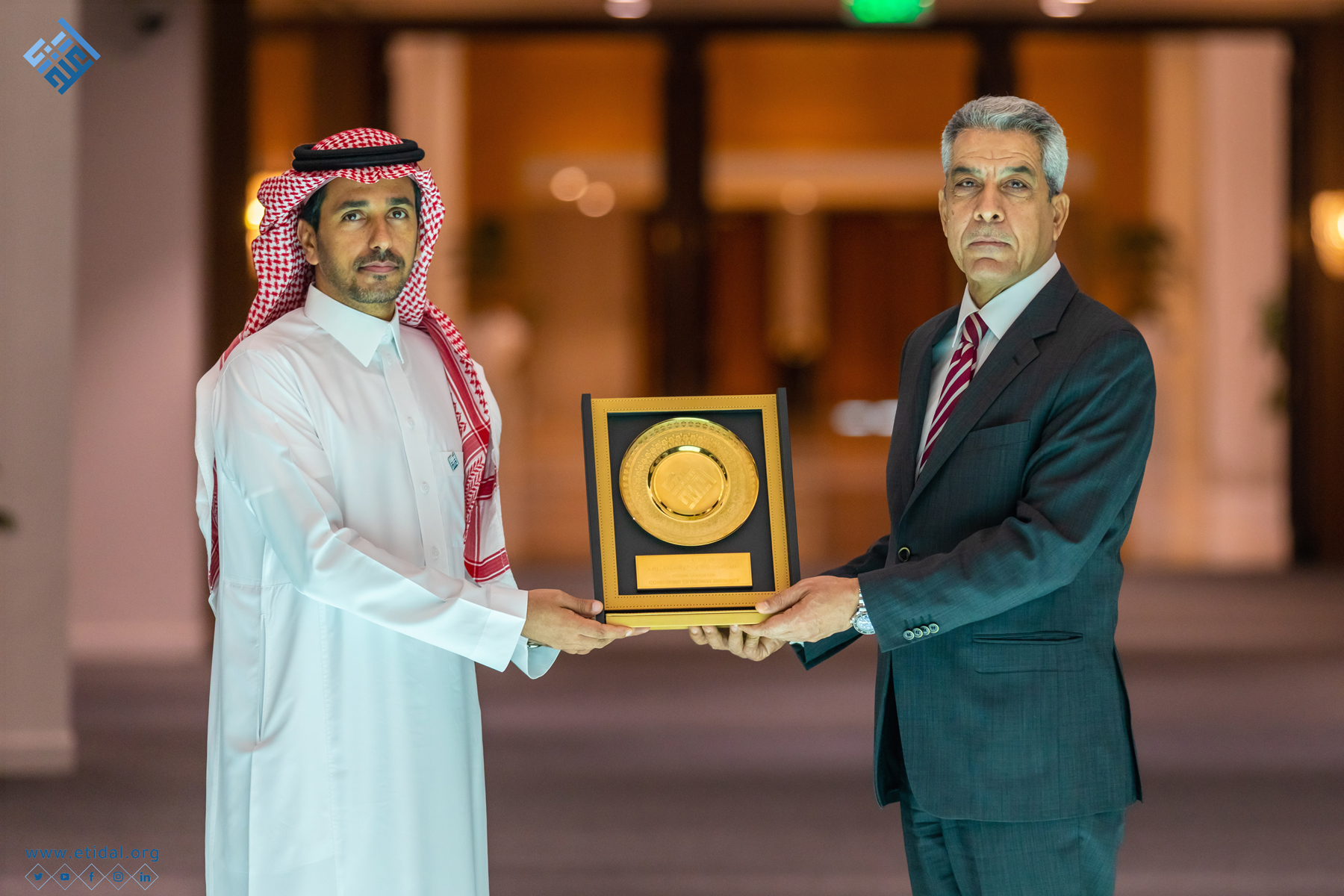 During the visit, Dr. Abdul Sattar Al-Janabi was briefed about (Etidal’s) strategies and efforts in combating extremist ideology, in addition to the monitoring and analysis mechanism, the techniques used, and the models developed to dismantle extreme ideology discourses.

At the end of the visit, Dr. Abdul Sattar Al-Janabi, Iraqi Ambassador to the Kingdom of Saudi Arabia, took souvenir photos with Dr. Mansour Alshammari, Secretary-General of (Etidal). After that, he wrote down a comment in (Etidal) visitors book: “On behalf of myself and the staff of the Embassy of the Republic of Iraq in the brotherly country of the Kingdom of Saudi Arabia, I would like to extend my thanks and gratitude to the Secretary-General and the staff of (Etidal), this significant Center that restores our self-confidence and sets moderate ideology a primary objective in our daily lives.”

Later on, Dr. Abdul Sattar Al-Janabi, Iraqi Ambassador to the Kingdom of Saudi Arabia, stated in a media statement, “The Kingdom established this significant Center in order to have a pioneering impact in the Middle East with regards to disseminating moderate ideology, in contrary of extremism, that led to the deaths of many of our children, and that impacted our economy and future. I wish the Kingdom a lasting stability and advancement.” 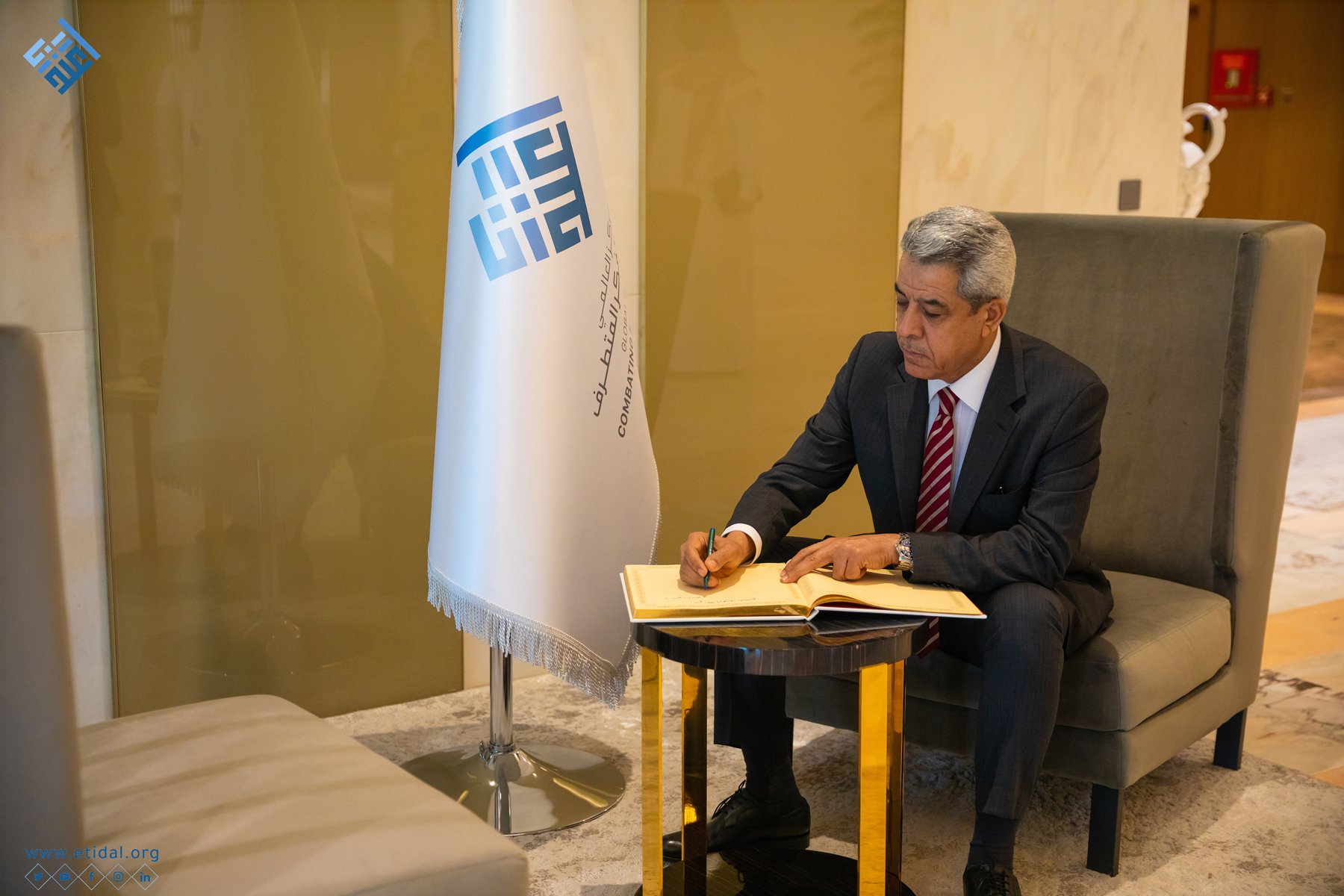 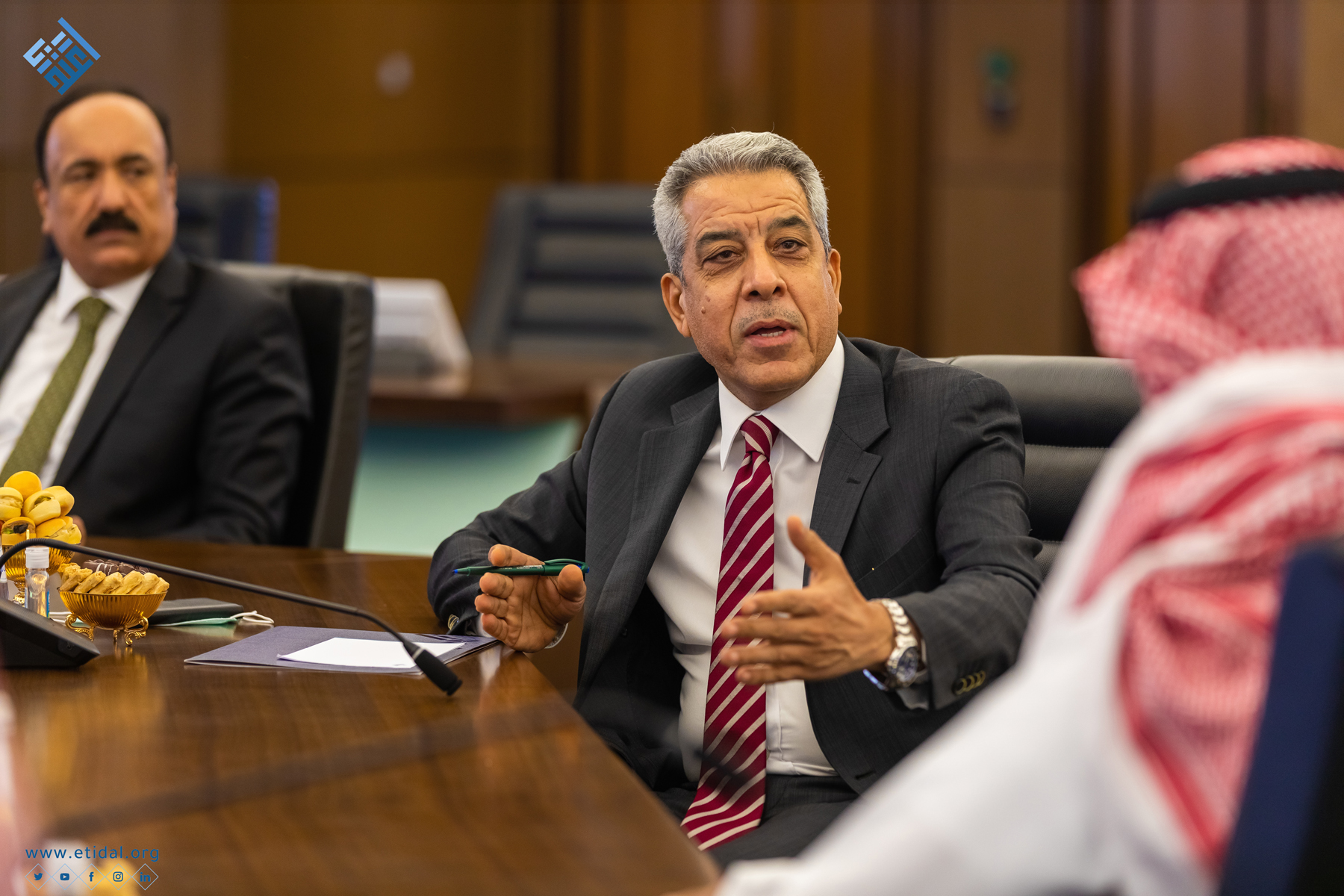