Indonesia’s Minister for Political, Law and Security Affairs: we look forward to cooperate with Etidal to bring peace to the world 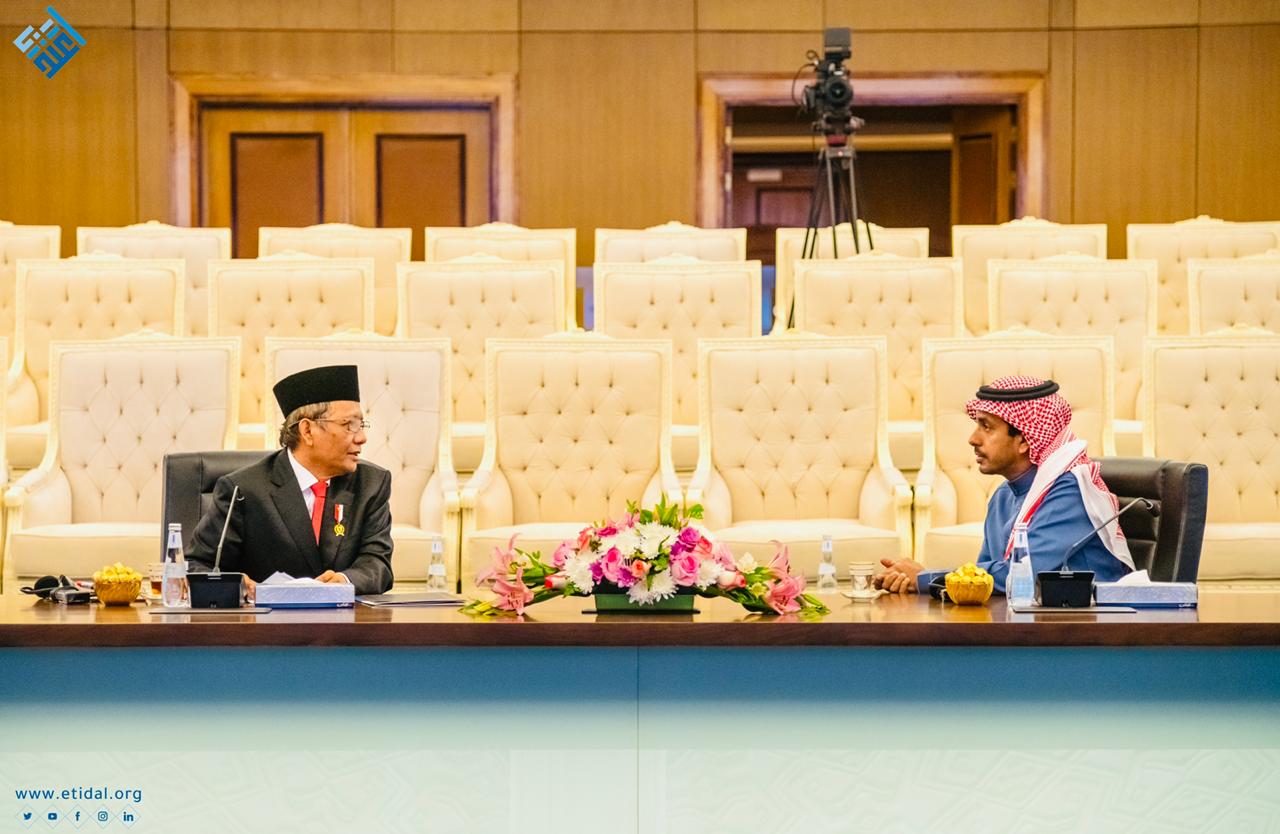 During his reception and the accompanying delegation at the Center by the Secretary-General Dr. Mansour Alshammari, on Monday, December 7th 2020 in Riyadh, H.E. Muhammad Mahfud MD, Coordinating Minister for Political, Law and Security Affairs in Indonesia praised the role of the Global Center for Combating Extremist Ideology (Etidal) in spreading values of moderation; noting the importance of the Center’s efforts in combating extremism.

On his part, the Secretary-General of the Center, Dr. Mansour Alshammari welcomed the delegation again and said: “I am delighted by your visit to the Kingdom of Saudi Arabia and to Etidal. We believe that Indonesia’s global and geographical position has an impact on the religious discourse, not to mention its pioneering experience in fighting extremism”. The Secretary-General has also added: “We, at Etidal, promise to offer the ultimate cooperation in respect of expertise”.

During their visit, the delegation was briefed on the Center’s top strategies in the monitoring and analysis processes and the models built and developed within the Center, in addition to the most advanced techniques used in the field of dismantling and combating the extremist discourse.

At the end of the visit, the Secretary-General of the Center, Dr. Mansour Alshammari, and H.E. Muhammad Mahfud MD exchanged souvenir gifts. After that, H.E. then wrote a comment on Etidal’s visitors book: “Greetings, it is an interesting vision, mission and operational program in dealing with extremism. We need to cooperate in order to bring peace to the world that is based on moderate Islam”. 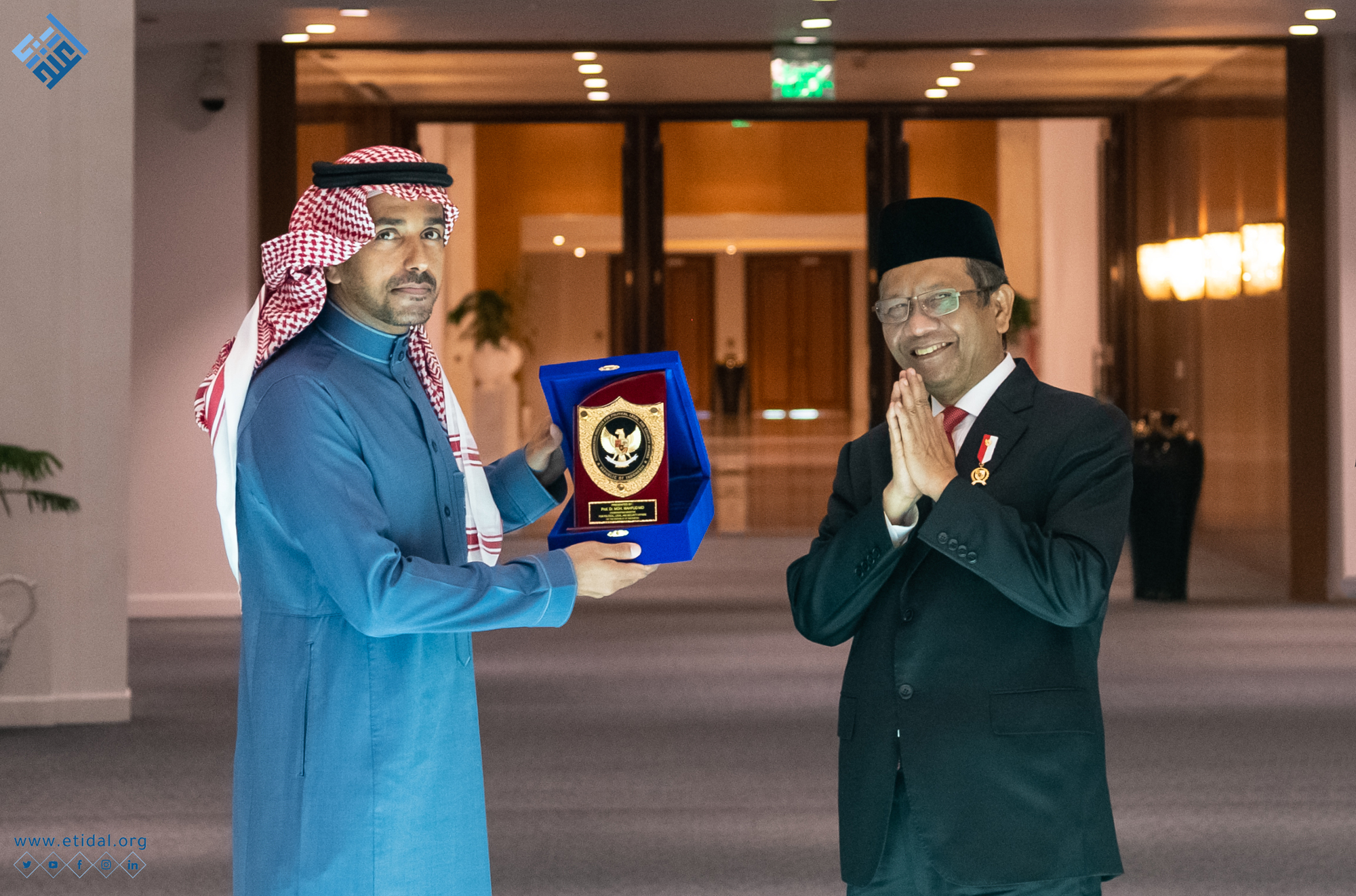 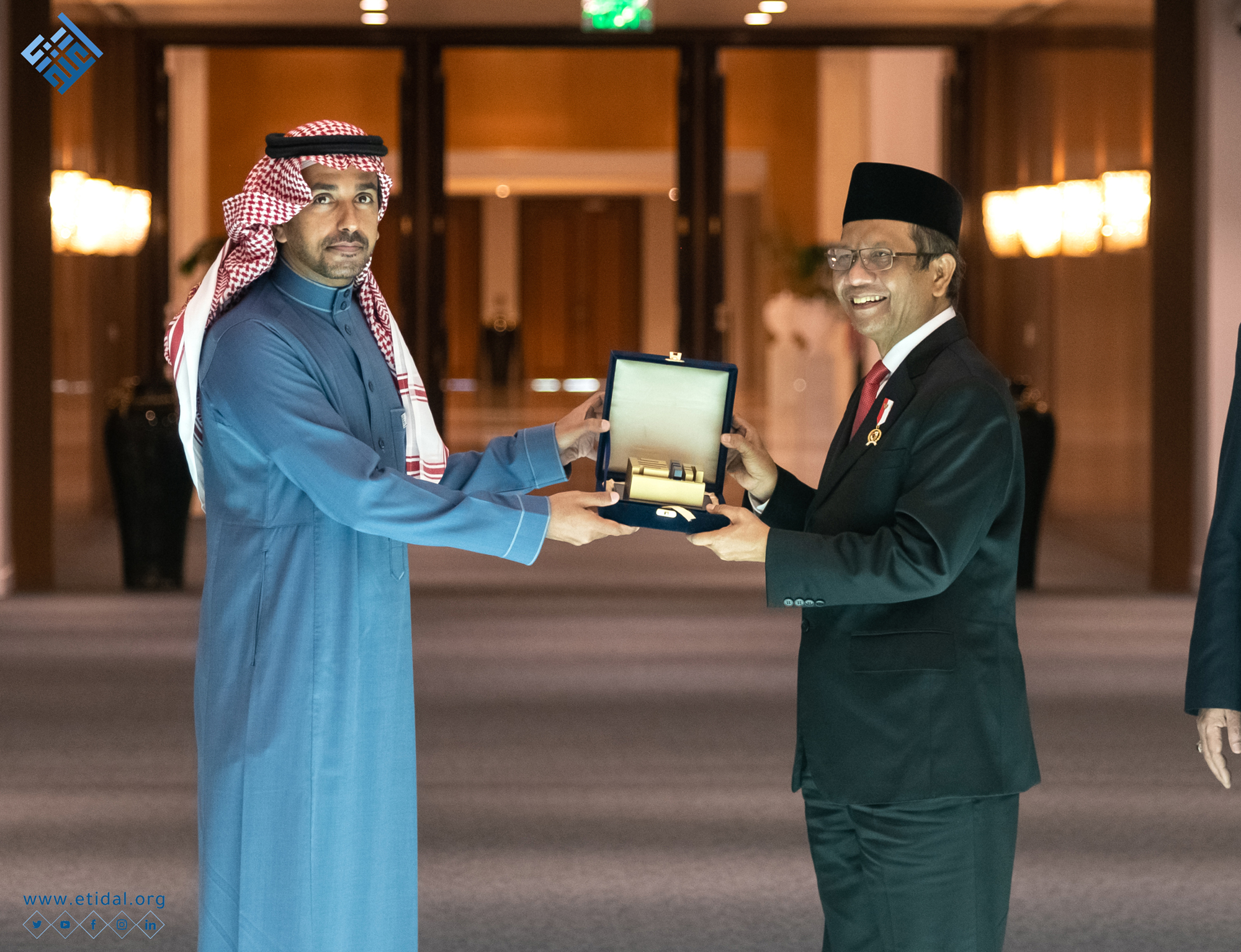 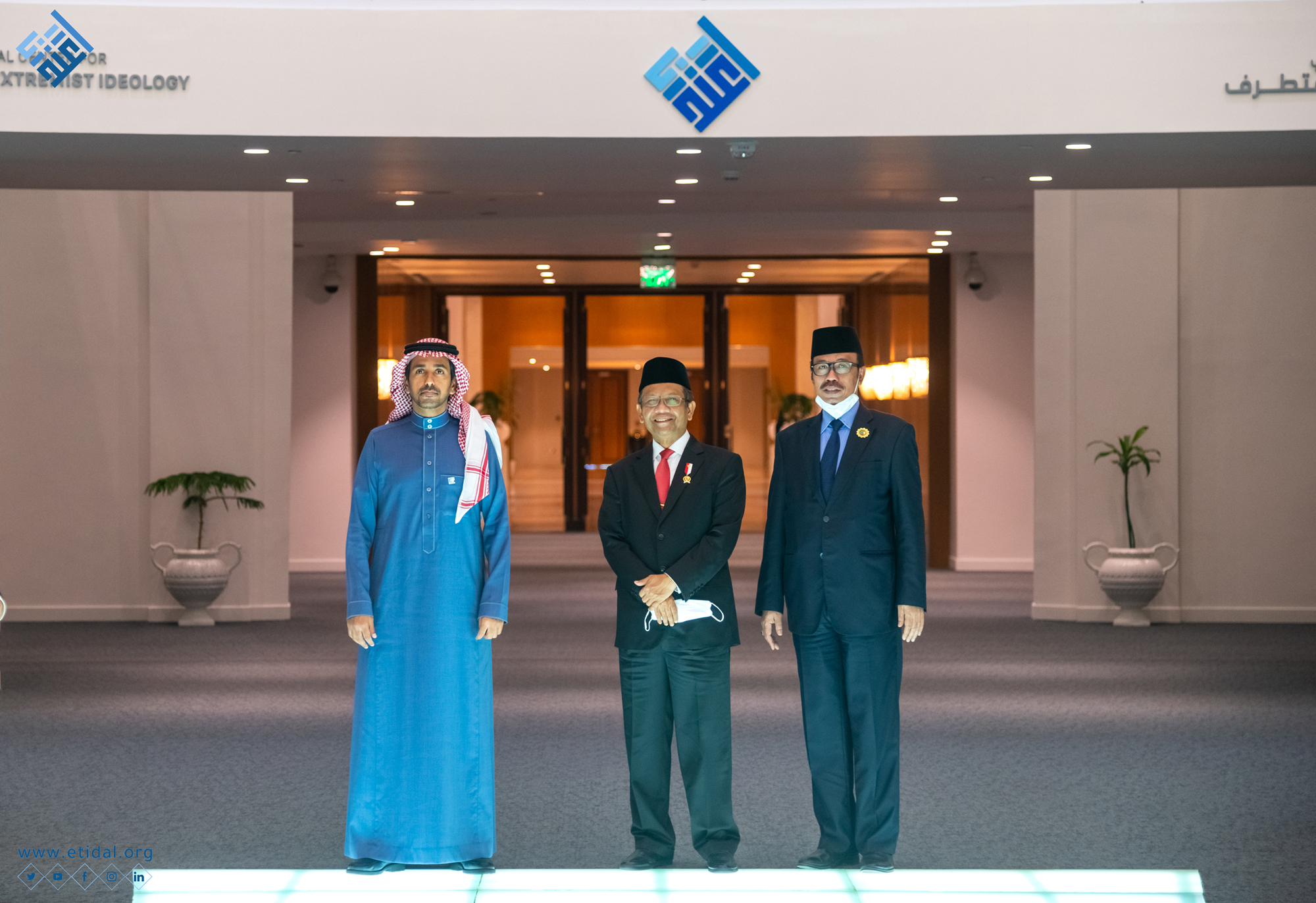 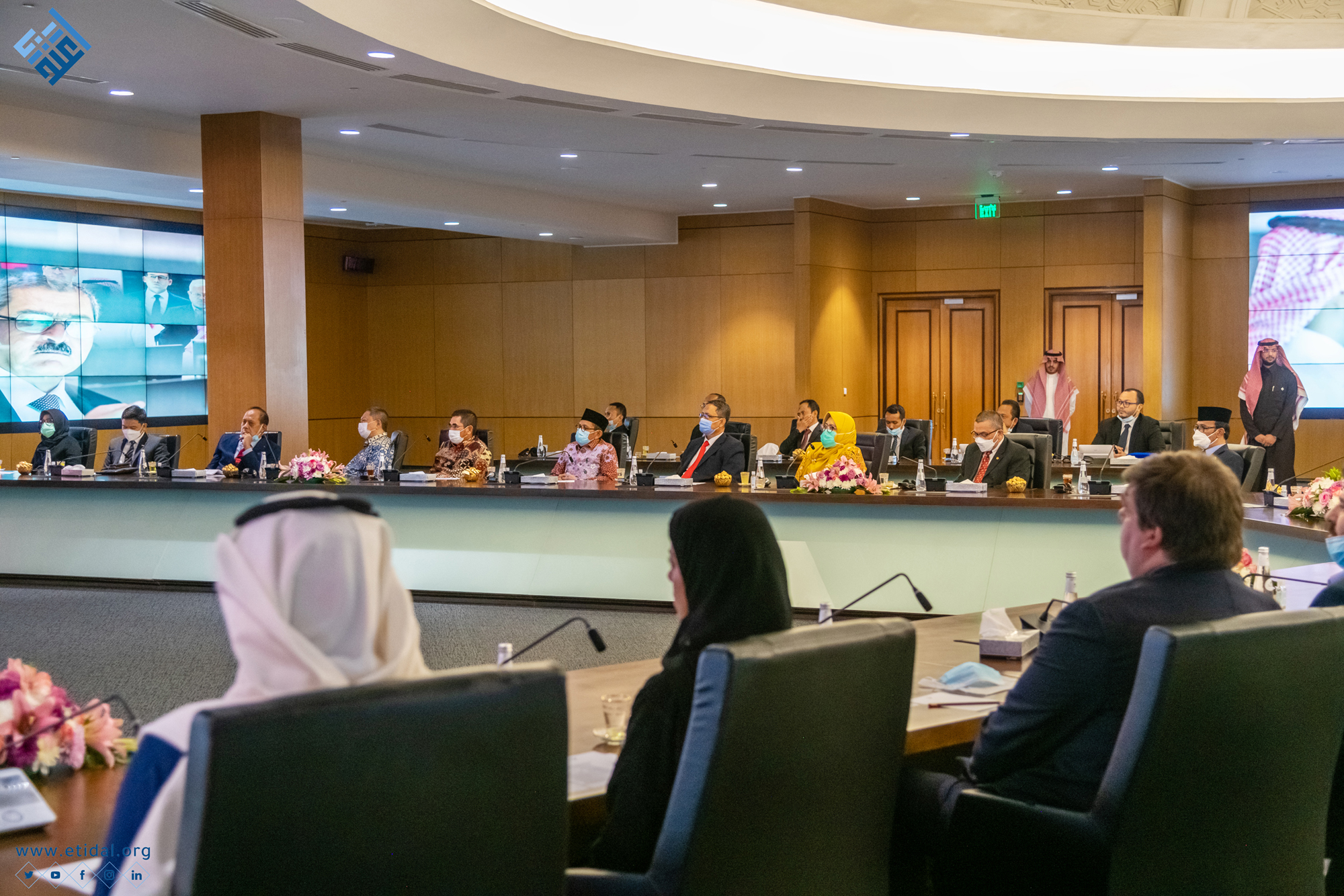 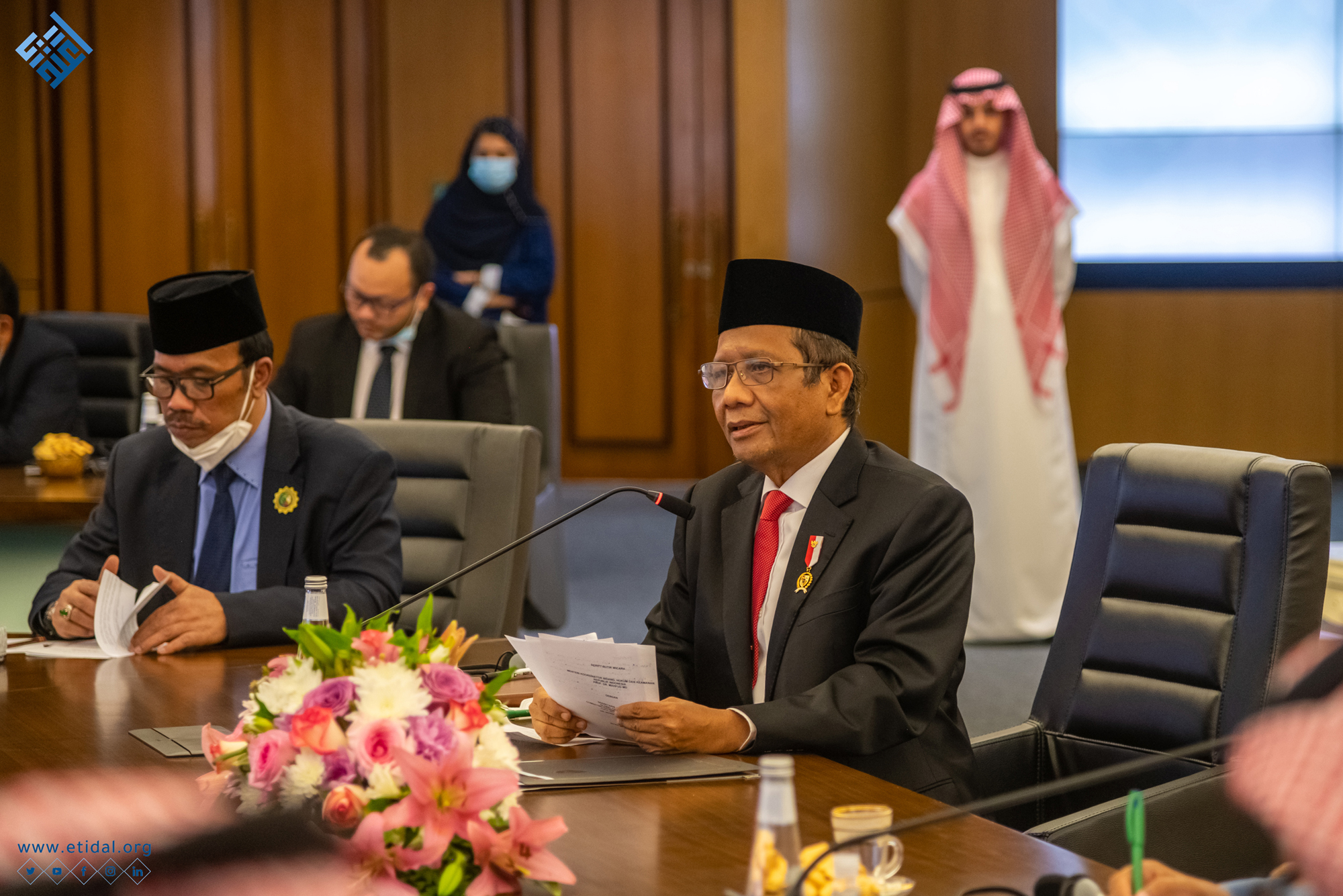 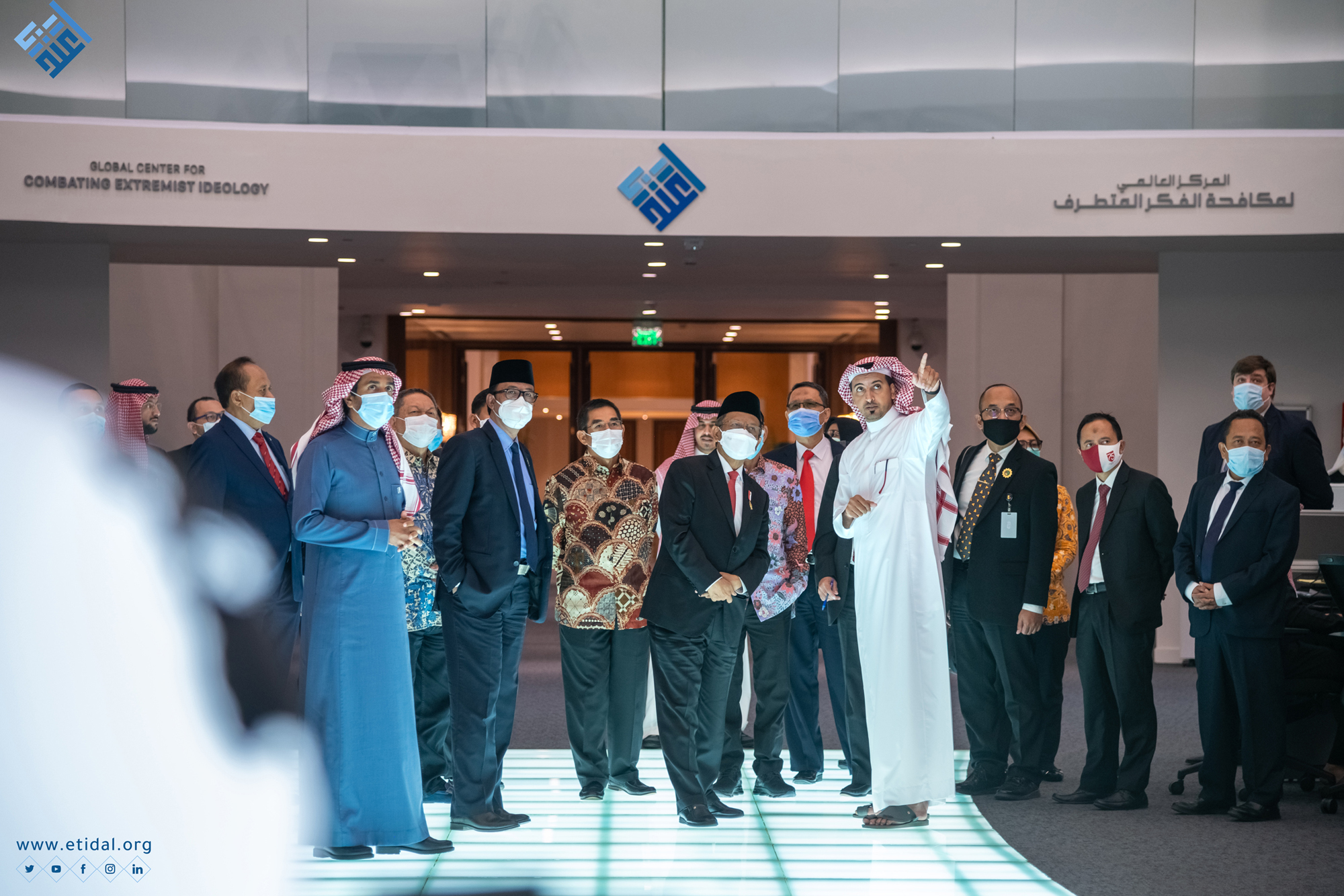 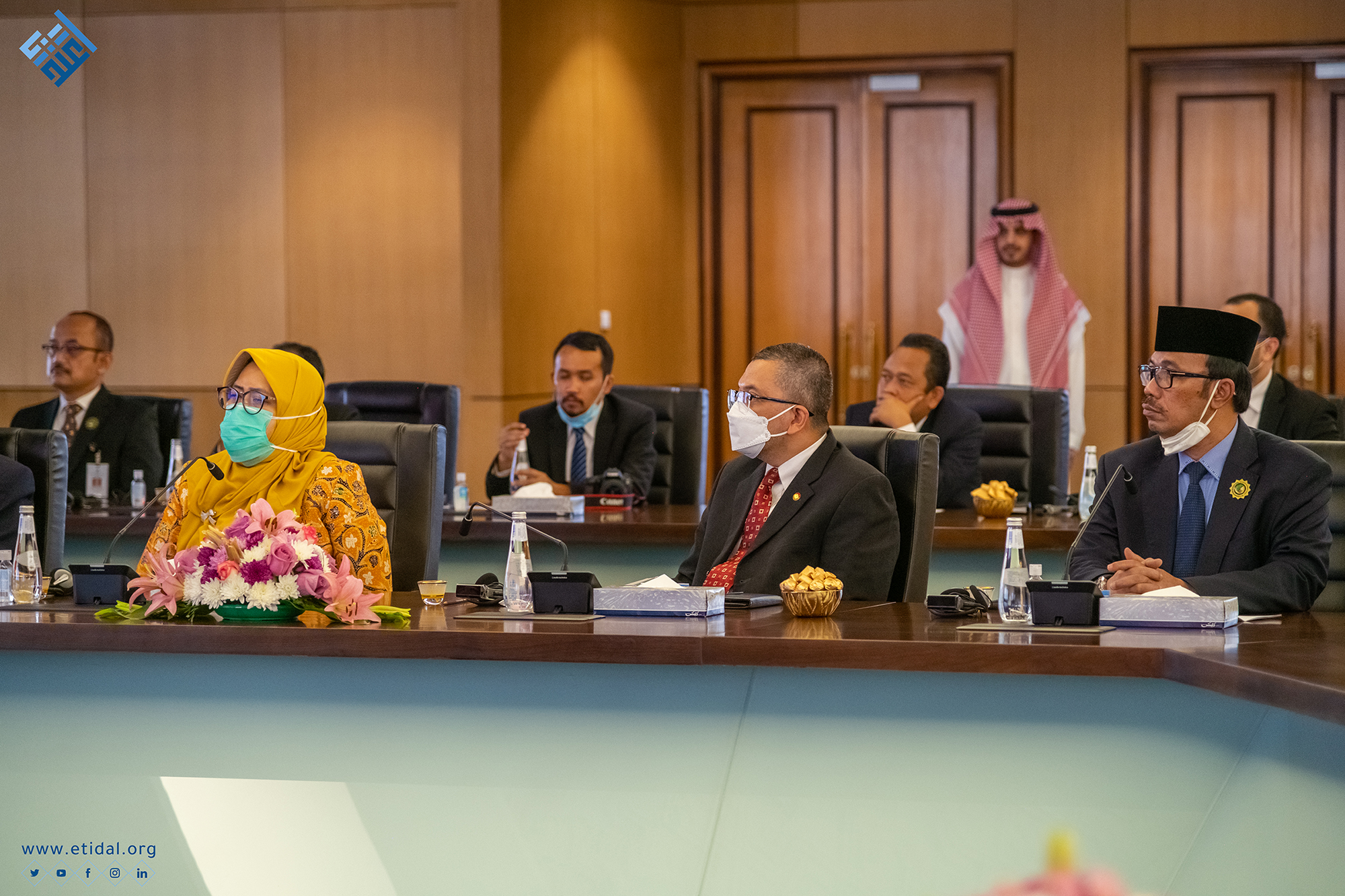