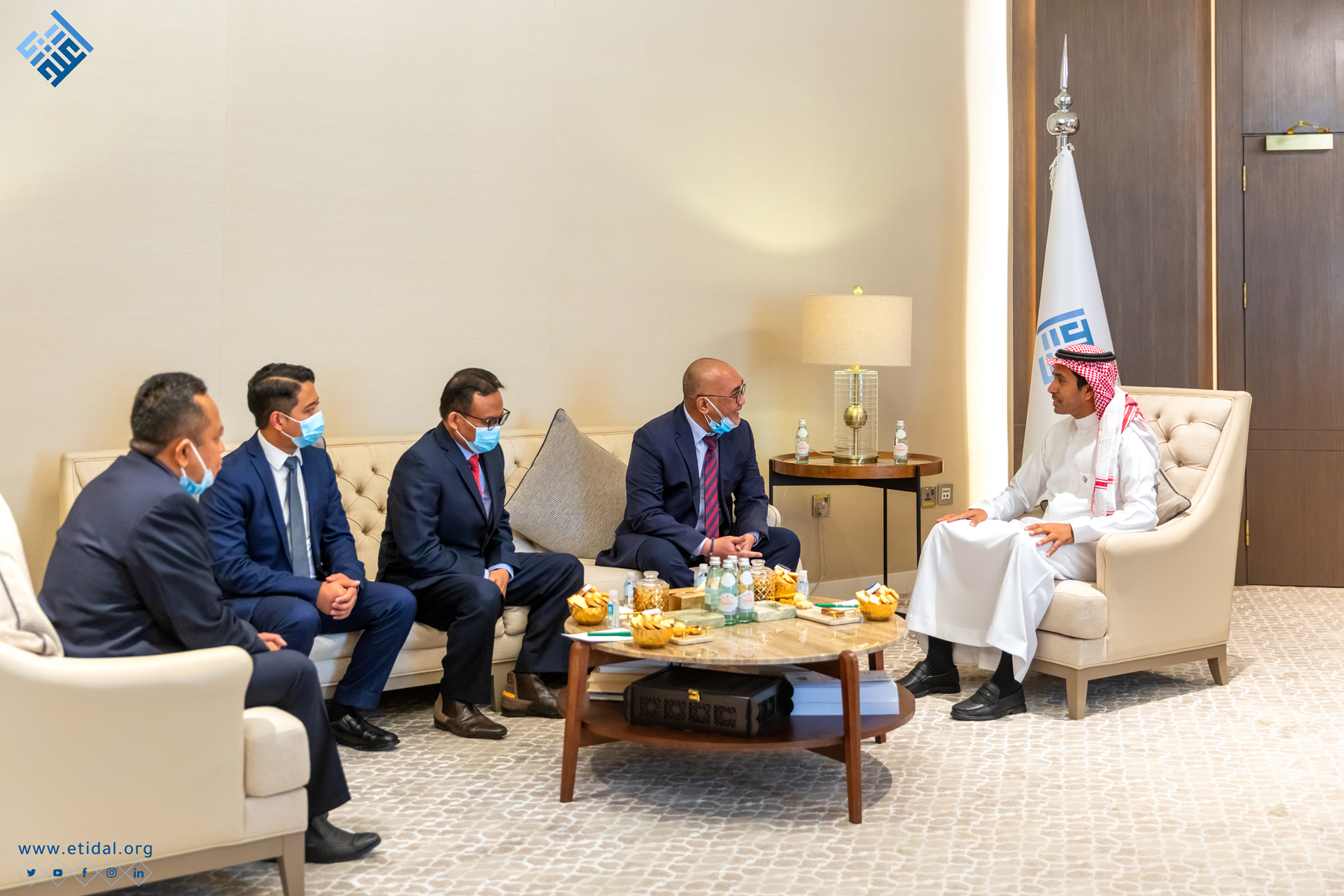 H.E. the Secretary-General of the Global Center for Combating Extremist Ideology (Etidal) Dr. Mansour Al-Shammari received at the center’s headquarters on Wednesday 7th July 2021 a delegation from the Embassy of the Republic of Indonesia to the Kingdom of Saudi Arabia, headed by H.E. Deputy Ambassador Arif Hidayat.

During the visit, the delegation was briefed on Etidal’s strategies and mechanisms in combating extremist ideology. Before leaving the center’s headquarters, the delegation took photos, while the Secretary-General Dr. Mansour Al-Shammari and the Deputy Ambassador of the Republic of Indonesia Arif Hidayat exchanged souvenirs.