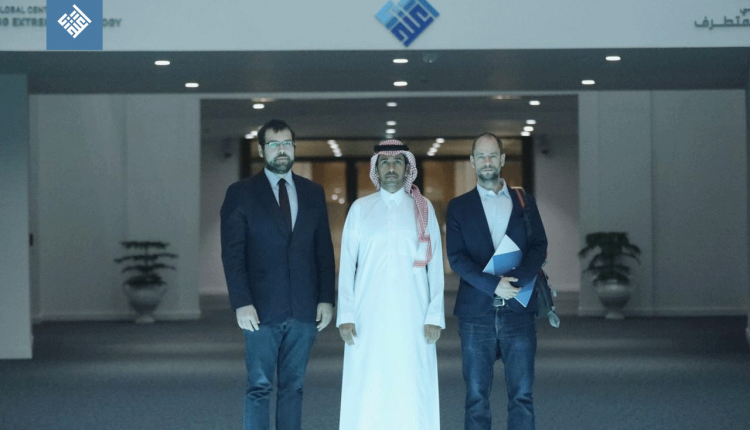 The Global Center for Combating Extremist Ideology received a delegation from the Institute for Foreign Affairs and Trade (IFTA), Hungaryon October 29.  The delegation included Máté Szalai, assistant lecturer at the Corvinus University of Budapest and the coordinator of the Middle Eastern and North African research program, and Dániel Vékony, an external research fellow. They were welcomed by the Center’s secretary general,Dr. Mansour Alshammari.

The delegation thanked Etidal and described its role as useful and constructive. They praised the Center’s efforts in combating extremist ideology through reliable counter-narratives.

In response to a question about the mechanism by which counter-narratives are developed, an Etidal official explained that we have our own strategy for delivering messages and counter-narratives based on interactivity and proactivity. We also build messages of moderation and tolerance which emphasize the dangerous effect of extremism on all humanity. Our primary role is to enable relevant institutions andthose with the same intereststo undertake such effortsas well. We have full capabilities inthis regard.

The delegation learned about the Center’s capabilities of monitoring and analysis as well as the techniques used and the models being developed and built.

At the end of the visit, photos were taken to mark the occasion.