Extremists are made, not born 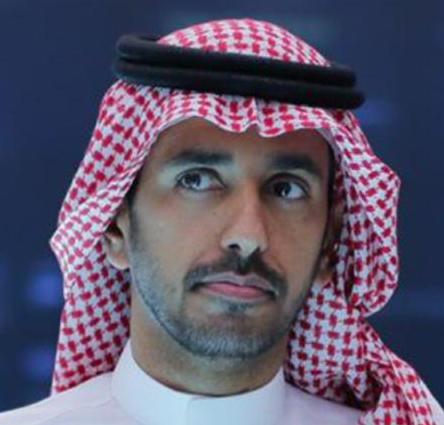 Extremists are the product of deep psychological and materialistic processes. Their religious and psychological identities constitute univariate, radical conceptualizations that are dismissive of societal contexts, or the instinctive human patterns that are based on coexistence and moderation. Such deep psychological and materialistic processes motivate them to form groups and organizations that intertwine and resemble each other in terms of their objectives, even to the extent of using vengeance against targeted communities or entities. To achieve their objectives, they employ a number of methods, techniques and strategies, regardless of whether their extremism is driven by religious or societal factors.

This kind of deviation necessitates leaders with exclusionary agendas who legitimize such anomalies through many methods, such as creating new connotations of sacred texts, or embracing deviant connotations that are in line with their aspirations while abandoning common ones which are closer to human instinct and are based on shared living, integration and coexistence. In addition, extremists often exaggerate, bestowing a halo of sacredness on their leaders – especially religious ones – and use this in the conflicts with their communities and governments. By employing this strategy, they accomplish the justification of obedience and conflation with the symbol himself. As such, it becomes easier for them to present the leader as a decision maker who can therefore move, recruit and indoctrinate like-minded members anywhere in the world. This is especially true in light of the extensive spread of social media platforms and internet networks that allow unsupervised hiding and infiltration to the farthest places. Through these channels, they propagate hatred and promote their objectives.

The strong presence of the clergy overall in any society is often not explainable by their way of argumentation nor the rigor of their knowledge, but through the strength of the belief of the society itself and its reverence for what the clergy say. As such, the relationship between societies and the clergy is therefore not that of dialogue and debate, but rather intrinsically founded on the ratification and submission from both parties. It is guaranteed through a basis of trust that the religious teachings which are defended represent a faithful conveyance of true knowledge deeply rooted in religious guidelines. They are not personal opinions whose legitimacy is derived from the personal preferences of the owner of such narrative.

This situation undoubtedly motivated extremists to attempt to build parallel moral religious authorities. In doing this, the extremists utilize the respect enjoyed by the clergy within societies and seek to hijack the tools of religious discourse. Thus, they can seize powers that are not possible to be granted to just any citizen, so they would appear unchallengeable and unquestionable. This is especially true since many of the issues of disputable religious teachings generally have explanations that cannot be resolved in a definitive way, taking into account the multiplicity of doctrines within the same religion and the inconsistency of judgements.

Add to this state of affairs, in which the clergy of all faiths have unlimited capabilities for opinions and judgements, the common trust placed in them by most members of society; in the shared societal perception, the clergy, in principle, represent the noble voice of God in comparison with all the other voices. This creates a high-risk discrepancy in the form of “unconditional trust,” which opens the doors of extremism widely to crowds of people who are presented with what really is relative and questionable as something definite, to be adopted, and that no part of it is to be rejected; something that must be accepted completely.

This is a case that can be described as an “unhealthy expansion” of one of the components of society at the expense of other components, in which one party behaves as if it encompasses all functions of the other parties. These parties are obliged to accept this party’s opinions, while it is not obliged to any of them. This results in another expansion, referring now to the economic notion, as speeches and guidelines – despite their abundance – become worthless in terms of yield, not dissimilar to the consequences and indications of what is known as “monetary inflation.”

In such circumstances, extremism is born – together with its consequences and indications. It may not be more than an unprecedented verbal confusion, where everyone talks about everything non-stop on the pretext of “religion and its guidelines.” The aim is to build trust that is limited to the opinions of specific individuals to push for treating them as an inextricable part of the sacred texts and cunningly claim the authority of religion over them. This is to achieve the extremist’s ultimate goal, being that any disagreement or even debate with the religious symbol would be considered iconoclasm and heresy. Bloodshed and the promotion of violence in societies is then justified as an alleged defense of the core of religion and its sanctuaries.

Calling for confining and controlling of any religious discourse through legal frameworks pertaining to each country is not in any way diminishing, derogation or attacking of such discourse. There is no doubt that religious discourse represents a cornerstone in the shaping of peoples’ national and religious identities. This is actually a call to help it function in an appropriate way; to be able to listen and cooperate – honestly and without superiority – with the other voices within the society (legal, political, economic, scientific, etc.). This is to be done in full compliance with public order formed by the higher legitimacy of the state which always has the final say.

Communities under no state authority suffer from linguistic and intellectual blindness, and are lost with respect to beliefs. This drives them to be antagonistic toward all shapes of the state itself. As such, they are launching a rebellion against themselves, especially since they are the essential component of the state. They become factors of destruction for the core of the society first, and then for the state. They sink into the turmoil of words and concepts no one is able to decisively explain, and those who know find it difficult to find a solution, as is the case in some countries today.