EU Counter-Terrorism Official: ‘Etidal is a main front in combatting extremism around the world.’ 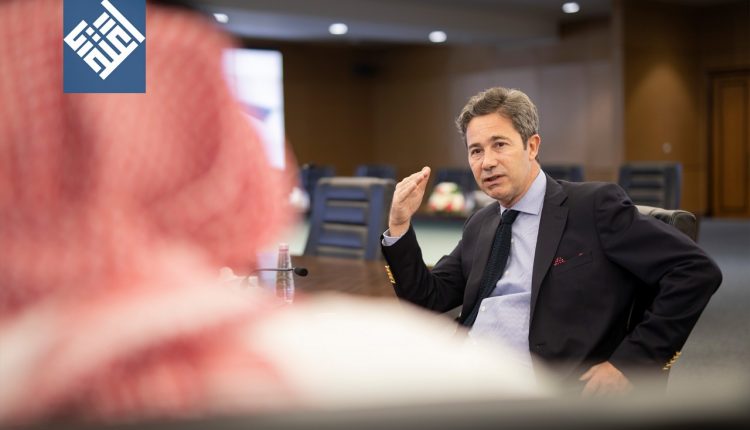 Adding to the list of regional and international visitors to the Center since its launch, the Global Center for Combating Extremist Ideology (Etidal) received Philippe Cormier, Regional Counselor for Security and Counter-terrorism, EU Delegation in KSA.

During the visit, Etidal’s projects for combating extremism were reviewed, as well as its efforts in promoting the values of tolerance, co-existence and peace.

In addition, presentations were given on Etidal’s strategies and its main ideological and media principles as well as the most prominent extremism monitoring and analysis techniques and the methods used to curb its effects.

Mr. Cormier praised Etidal’s technologies and capabilities for monitoring, understanding and combating terrorist narratives. He stressed that the Center is a strong, main front in combating extremism across the world, and that the fight against extremism requires better global coordination in order for it to be successful.