Etidal enables participation in the fight against extremist content via Telegram 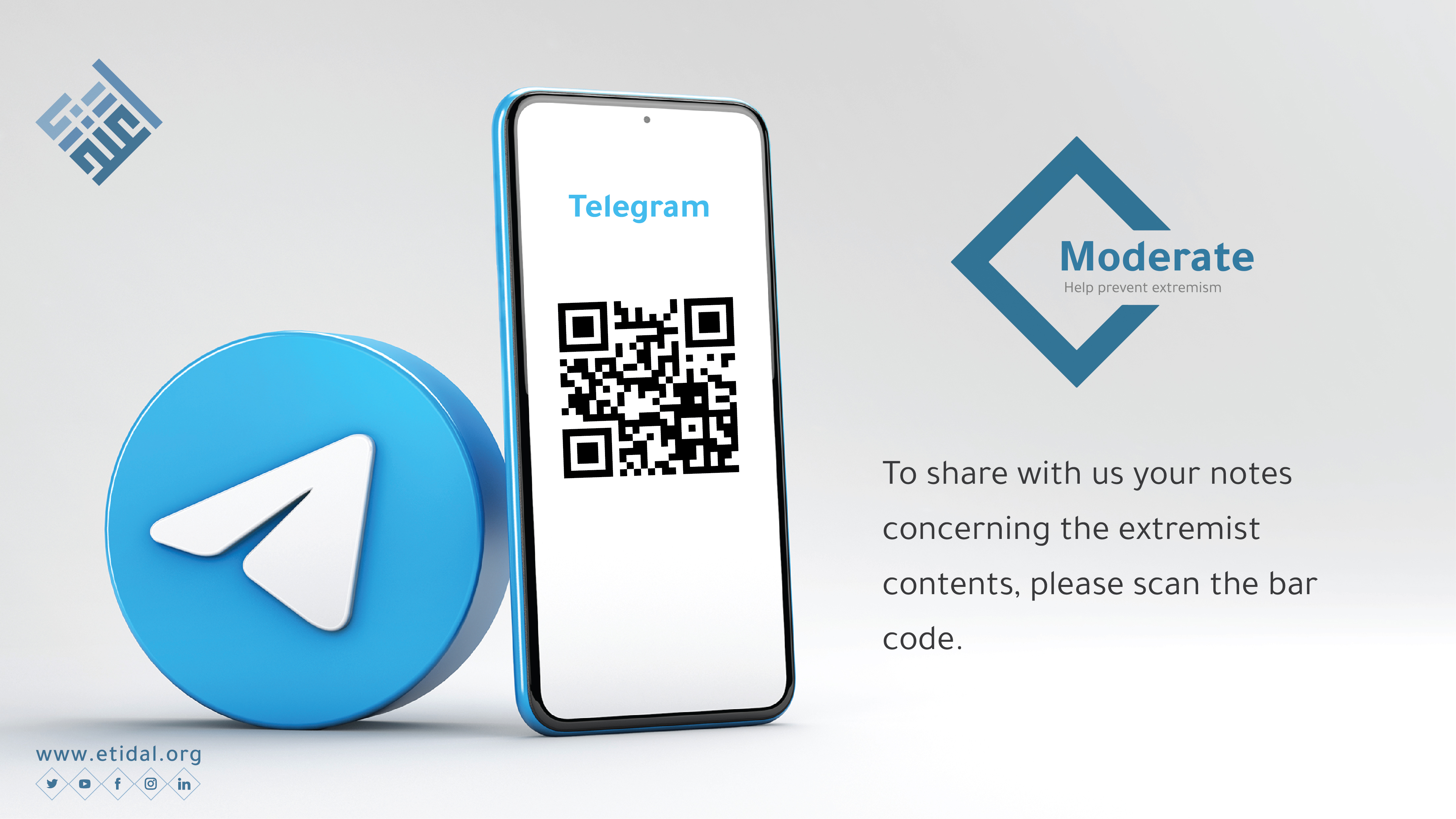 In continuation to strengthening the societal partnership in combating extremist ideology and limiting its spread on social media platforms, the Global Center for Combating Extremist Ideology (Etidal) launched on Telegram a new communication window for Moderate initiative to facilitate the participation of social media pioneers and send their observations concerning extremist content.

Telegram is added to Moderate window on the center’s website to increase the level of interaction between Etidal and the components of society, and cooperating in combating extremist ideology and protecting against its dangers.

Users of the application can contact Etidal directly and provide their feedback either through this link https://t.me/E_moderateBot, or @E_ModerateBot.

The Moderate initiative that was launched by the center in June 2020 in Arabic and English establishes social responsibility and cooperation in combating extremist ideology, which is considered a precursor to terrorist and violent action, and monitoring and detecting its spread methods to reduce its danger to the individual and society.