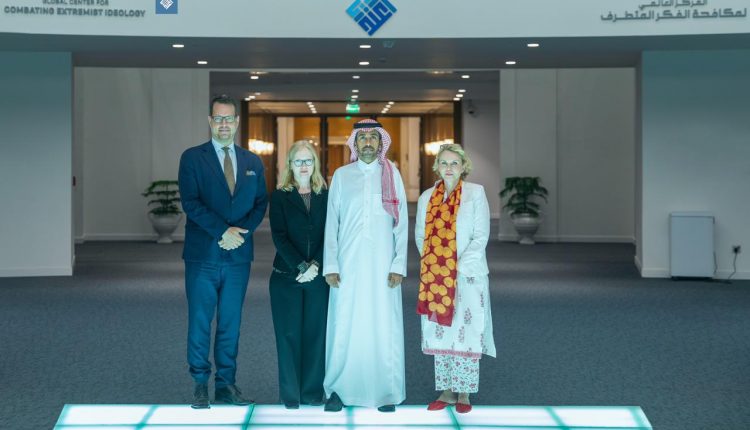 The Global Center for Combating Extremist Ideology (Etidal) and a delegation from the Ministry for Foreign Affairs of Sweden discussed strategies for combating and countering extremist ideology.

While being received by the secretary general of the Center, Dr. Mansour Alshammari, at the Center’s headquarters in Riyadh on February 19, the delegation applauded the role played by Etidal in promoting societal peace and stability.

The delegation consisted of Fredrika Ornbrant, Counter Terrorism Coordinator at the Swedish Ministry for Foreign Affairs, Ulrika Sundberg, special envoy for intercultural and interreligious dialogue, and Niclas Trouvé, the ambassador of Sweden to Saudi Arabia. They were briefed on the work mechanisms of Etidal’s command and control center, as well as the technologies used, the models being built and developed inside the Center, and ongoing and future projects.

At the end of the visit, a photo was taken to mark the occasion and the Center’s secretary general presented a commemorative gift to the visiting delegation.