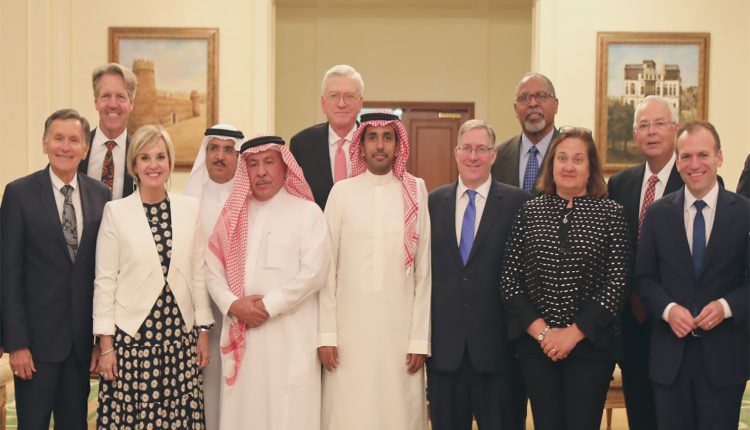 A delegation of American evangelical Christian leaders acknowledged the role played by the Global Center for Combating Extremist Ideology (Etidal) in the promotionand strengtheningofthe values of tolerance and coexistence among all nations.

During the meeting, a review of Etidal’s strategy,including issues related to extremist organizations from digital, media and ideological  perspectives, was presented.

Dr. Alshammari highlightedthatthe “global message that Etidal seeks to convey isthe importance of international cooperation in promoting the human values that help spread tolerance and reject fanaticism and extremismamong all nations and religions.” He thanked the delegation for their interest in the Center and its goals of promoting peace and human coexistence.

This meeting between the American evangelical Christian leaders and officials from the Global Center for Combating Extremist Ideology (Etidal) is the second in less than a year. The first, held in October 2018, was an extendedmeeting that discussed ways of increasingcooperation withthe Center’s efforts in combating extremist ideology.