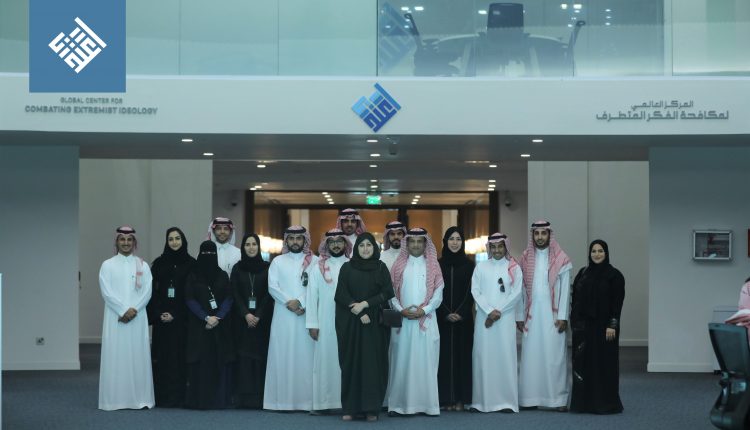 A delegation from the Future Leaders Program of the Saudi Arabian Ministry of Foreign Affairs, surveyed the efforts being made by the Global Center for Combating Extremism (Etidal) and its role in promoting coexistence, tolerance and peace among people around the world.

During a visit to the Center’s headquarters in Riyadh on April 15, the delegation was also informed about the Center’s strategic, ideological, media and digital programs.

Etidal officials explained to the delegation how the Center provides global research about the various forms of extremism around the world, confirming the Center´s independence and that it is a symbol of coexistence and peace among people. They welcomed collaborations with all governmental and non-governmental organizations all over the world that share the same interest.

Concluding the visit, the delegation expressed their contentment about what the Center provides and what they observed, including the capabilities to support efforts of monitoring and combating extremist ideology.