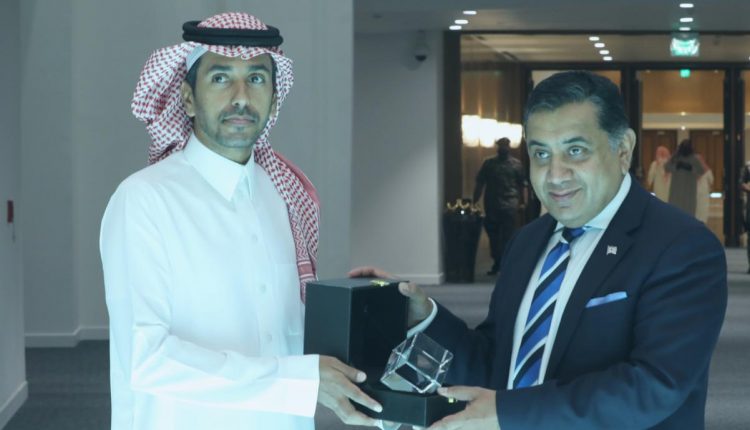 The British Minister for Human Rights, Lord Ahmad of Wimbledon, praised the Global Center for Combating Extremist Ideology (Etidal) for its efforts in monitoring and refuting the narrative of extremist organizations.

The Center’s Secretary General Dr. Mansour Alshammari received Lord Ahmad and the accompanying delegation in Riyadh on September 18. Lord Ahmad expressed his appreciation of what Etidal does, including analyzing and refuting extremist ideologies.

During the visit, the delegation learned about Etidal’s methodology and its ongoing and future projects.

At the end of the visit, Etidal’s secretary general presented a memorial gift to the honorable guest.