Belgian delegation during their visit to Etidal: We were amazed by the use of technology to combat extremism 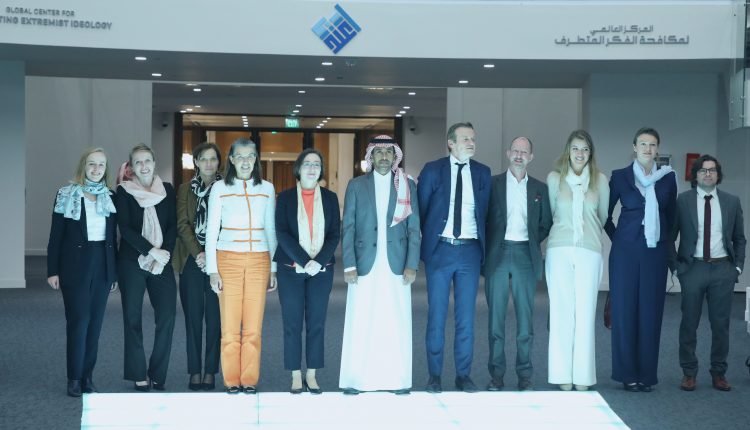 A delegation from the Kingdom of Belgium, headed by the Director-General of Bilateral Relations at the Belgian Ministry of Foreign Affairs, Anick Van Calster, expressed appreciation and admiration for the efforts made by the Global Center for Combating Extremist Ideology (Etidal).

Anick Van Calster and her accompanying delegation were received by the Secretary-General, Dr. Mansour Alshammari, in Riyadh, on November 25, 2019. She noted that it was nice to see the research done by the center in combating extremist ideology. She was amazed by the employment of advanced technology to understand extremism.

In a note written in Etidal’s record of visits, she stressed how she and the Belgian delegation were surprised to find out how advanced technology is being used to improve the understanding of extremism and terrorism, and to combat them across cyberspace.

Also, during the visit, the delegation was briefed on Edital´s mechanisms for monitoring and analyzing, in addition to the most important techniques used by the Center in this field.

At the end of the visit, the guests took some commemorative pictures with the Secretary-General, Dr. Mansour Alshammari, as he presented a souvenir to the head of the delegation, the Director-General of Bilateral Relations at the Belgian Ministry of Foreign Affairs, Ms. Anick Van Calster.