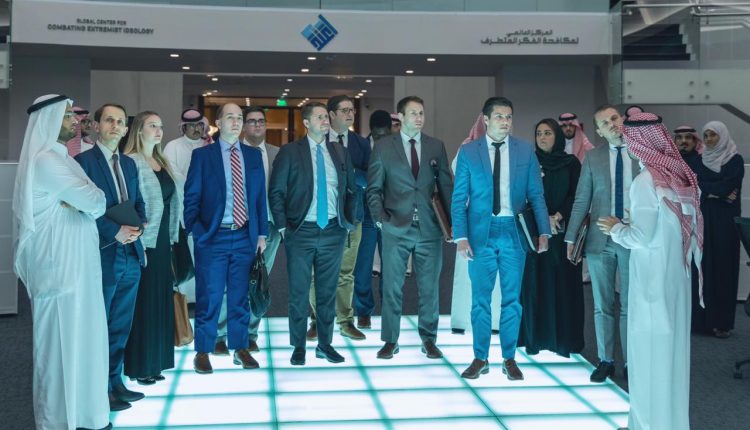 In a visit to the Global Center for Combating Extremist Ideology (Etidal) in Riyadh on February 17, a US congressional staff delegation applauded the Center’s efforts in combating extremist ideologies.

The delegation was briefed on the recent global advancements with regard to combating extremist ideology and the major strategies employed for this purpose.

Following that, the delegation was briefed on Etidal´s mechanisms for monitoring and analysis, the techniques and models developed by Etidal, in addition to the most important advanced technologies used in observing and dismantling extremist ideology.

At the end of the visit, the guests took commemorative pictures, and they expressed their appreciation of Etidal’s efforts in promoting the values of moderation, peace and tolerance.