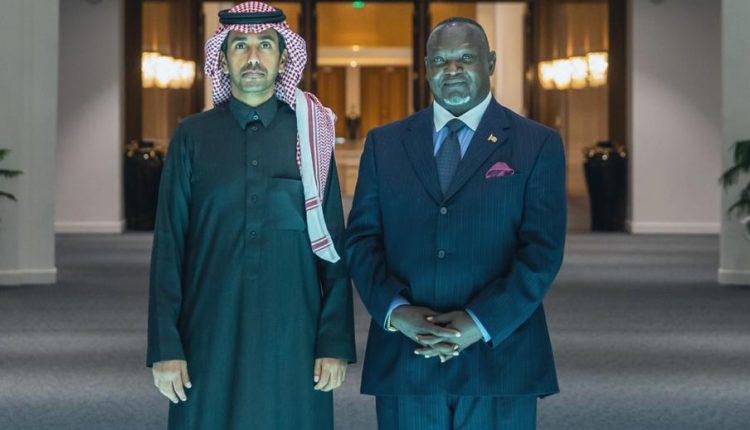 A Kenyan delegation invited those advocating world peace and security to visit the Global Center for Combating Extremist Ideology (Etidal) and learn about its efforts, which they described as important for understanding the roots and causes of extremism.

The delegation, headed by Kenya’s ambassador to Saudi Arabia, Peter Nicholas Ogego, was received on February 12 at the Center’s headquarters in Riyadh by the secretary general Dr. Mansour Alshammari. The delegation reviewed their country’s efforts in combating extremist ideology and ways of cooperation between the two parties.

The delegation was briefed on Etidal´s work strategy, mechanisms for monitoring and analysis, techniques used, and models developed, in addition to the most important advanced technologies in this regard.

“Etidal is a global center focusing on presenting a scientific understanding of the roots and causes of extremist ideology and violence… It is an important center that should be visited by advocates of world peace and security… It is my pleasure to be here, and we look forward to having cooperation and partnership between Etidal and Kenya National Counter Terrorism Center,” Mr. Ogego wrote in the visitors’ book.

At the end of the visit, the guests took commemorative pictures with the secretary general, Dr. Mansour Alshammari, who presented a gift to the Kenyan ambassador to the Kingdom, Mr. Ogego.