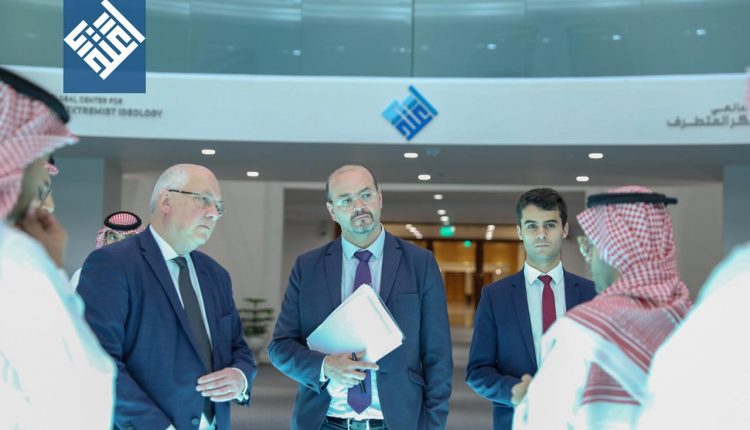 The Global Center for Combating Extremist Ideology (Etidal) received on 14 November a French delegation headed by Jean-Christophe Peaucelle, the Advisor of Religious Affairs to the French Minister of Foreign Affairs, who was accompanied by Francois Gouyette, ambassador of France to Saudi Arabia.

During the visit, Etidal’s work methods and strategies, its completed projects, and its future plans to promote the values of tolerance and coexistence have been reviewed.

Jean-Christophe Peaucelle said that Etidal has advanced capabilities to confront extremist ideology. He praised the Center for seeking to establish global collaborations and for benefiting from the youth in its efforts to strengthen the concepts of peace and moderation among the different communities.

He also added that terrorism is the world’s first enemy, and that the international community should come together and cooperate to face and eliminate this threat. Educational programs should also be intensified, especially those helping promote tolerance among current and future generations.