A delegation from the US Congress: There are many ways of cooperation between (Etidal) and the United States 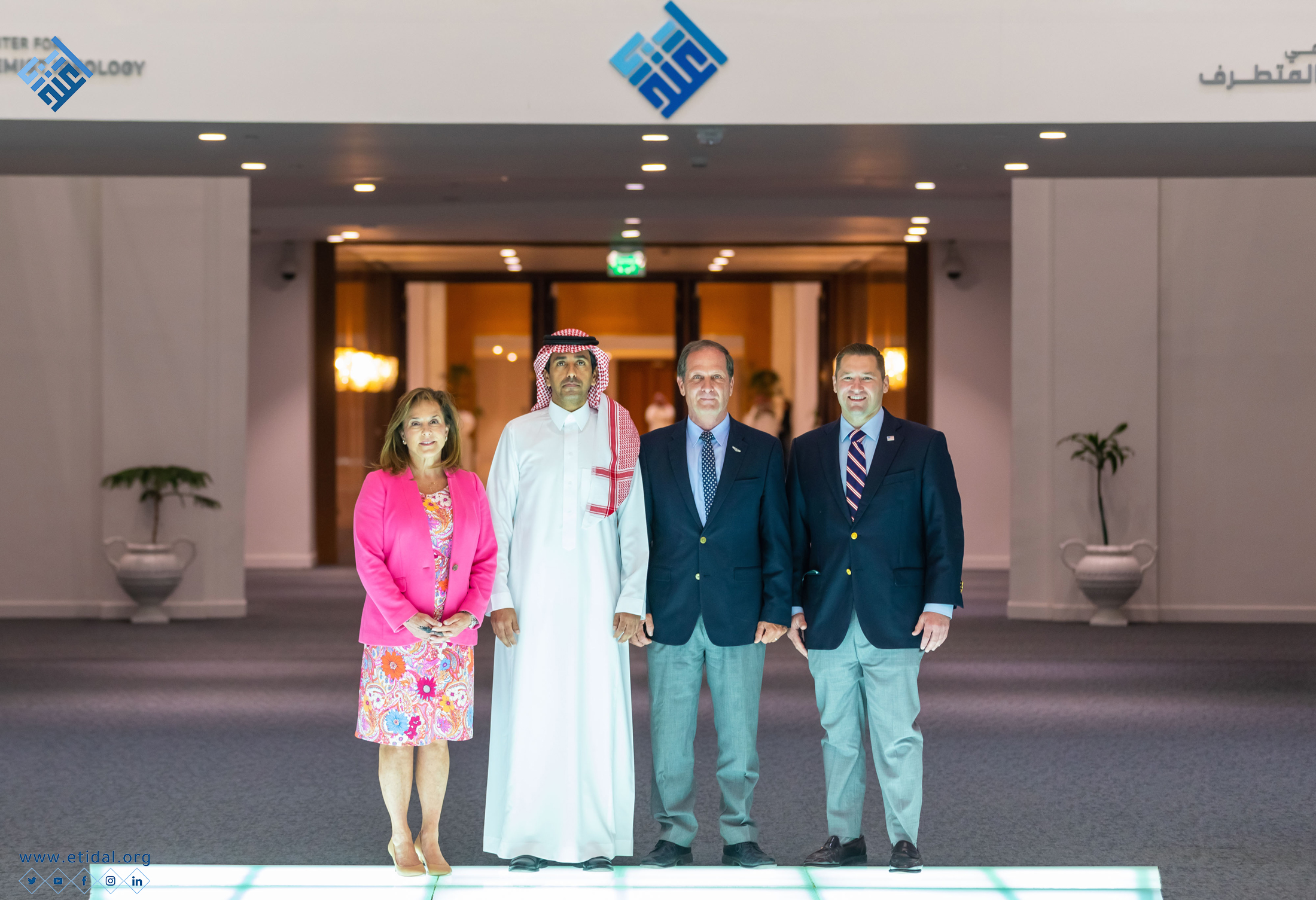 His Excellency the Secretary-General of the Global Center for Combating Extremist Ideology (Etidal), Dr. Mansour Al-Shammari, received at the center’s headquarters in Riyadh on Thursday May 26, 2022, a delegation of members of the US Congress, including: Representative from Utah Chris Stewart (Republican) Jay Reskenthaler (R) from Pennsylvania, and Lisa McClain (Republic) from Michigan.The delegation members were briefed on Etidal’s work strategies, and toured the command and control department, during which they were acquainted with the monitoring and analysis mechanism, the most prominent techniques used, and the models that are being built and developed within the center.

The Representative Chris Stewart said, “The effort here is very great compared to a global problem. It is inspiring and encouraging. We are grateful for the work you are doing and we certainly will support and encourage it. During the tour, I was thinking how we could find balance in combating extremism and extremist ideology in not only the Middle East, North Africa, or any other region in the world, but how we do it globally, and how could the US and the Center can partner together.

So happy to talk about the relationship between Saudi Arabia and the United States. It is a critical relationship, it is historically one of the firm and friendly relationships that we have globally and we have been able to partner in so many things in the past, like every relationship, there been few bumps in the road but many of us are committed to this relationship which shows how important it is and how natural friendship it is. I would just say thank you. It is an honor to be here. It’s been informative and I am grateful to be here”

Representative Lisa McClain said, during the visit, “My impression is that the center is absolutely remarkable, as it is trying to bring communities and the world together to fight extremists on a proactive basis. I think what you are doing is remarkable and it is the first step in fighting extremism and getting to the root. So I think anytime you have cooperation is a positive event where people work together.”

Representative Jay Reskenthaler said: “I am incredibly impressed not just by the facility but I liked the sophistication and dedication of the individuals working here.  I think there is a lot ways that we can work together, the united states or other allies, international organizations to make sure we get the data processes it, and trying to understand extremism”.

At the end of the visit, the delegation of US Congressmen, Rep. from Utah Chris Stewart, Rep. from Pennsylvania, Jay Reskenthaler and Rep. from Michigan, Lisa McClain took photos with His Excellency the Secretary-General of the Center, Dr. Mansour Al-Shammari, and souvenirs were exchanged. 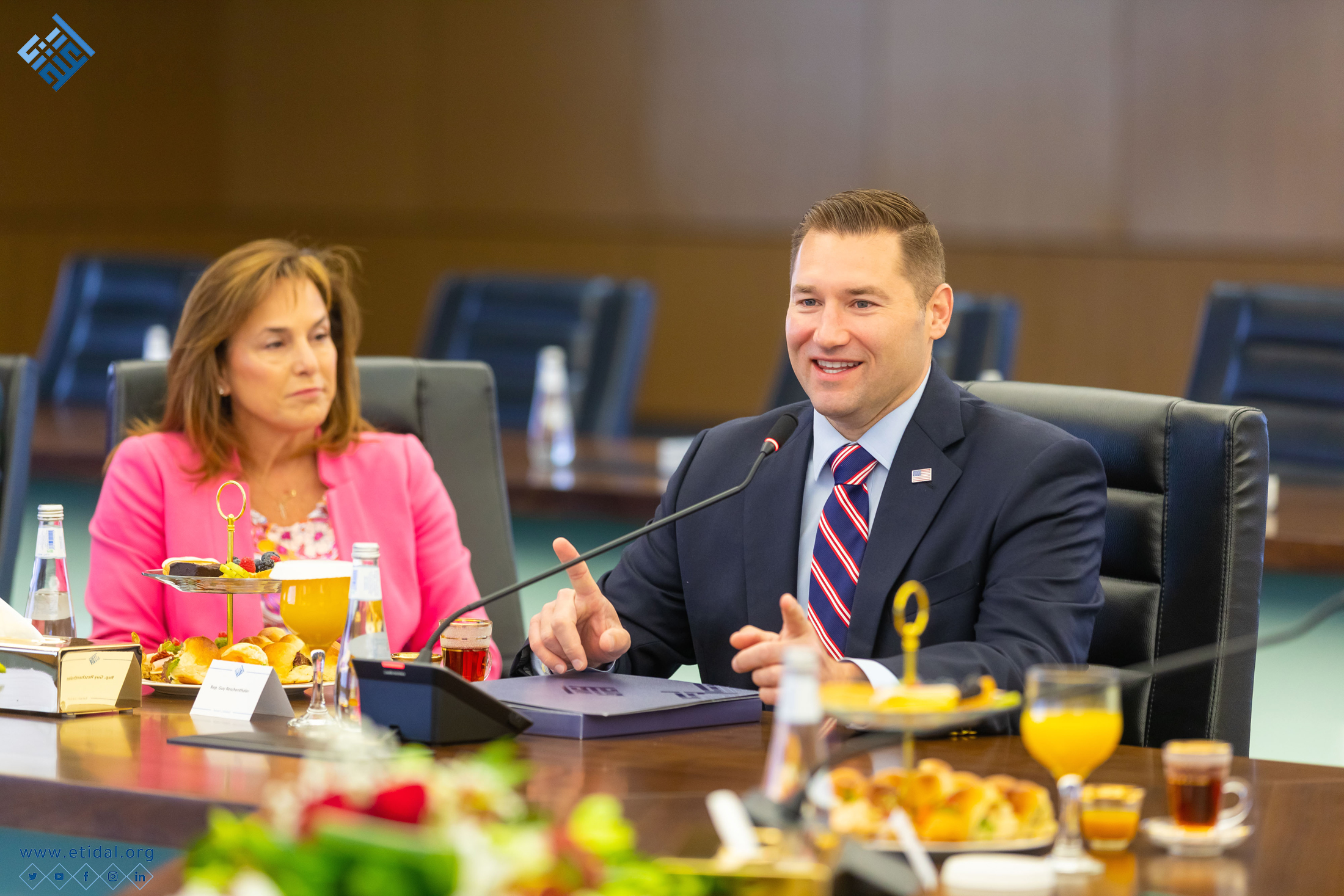 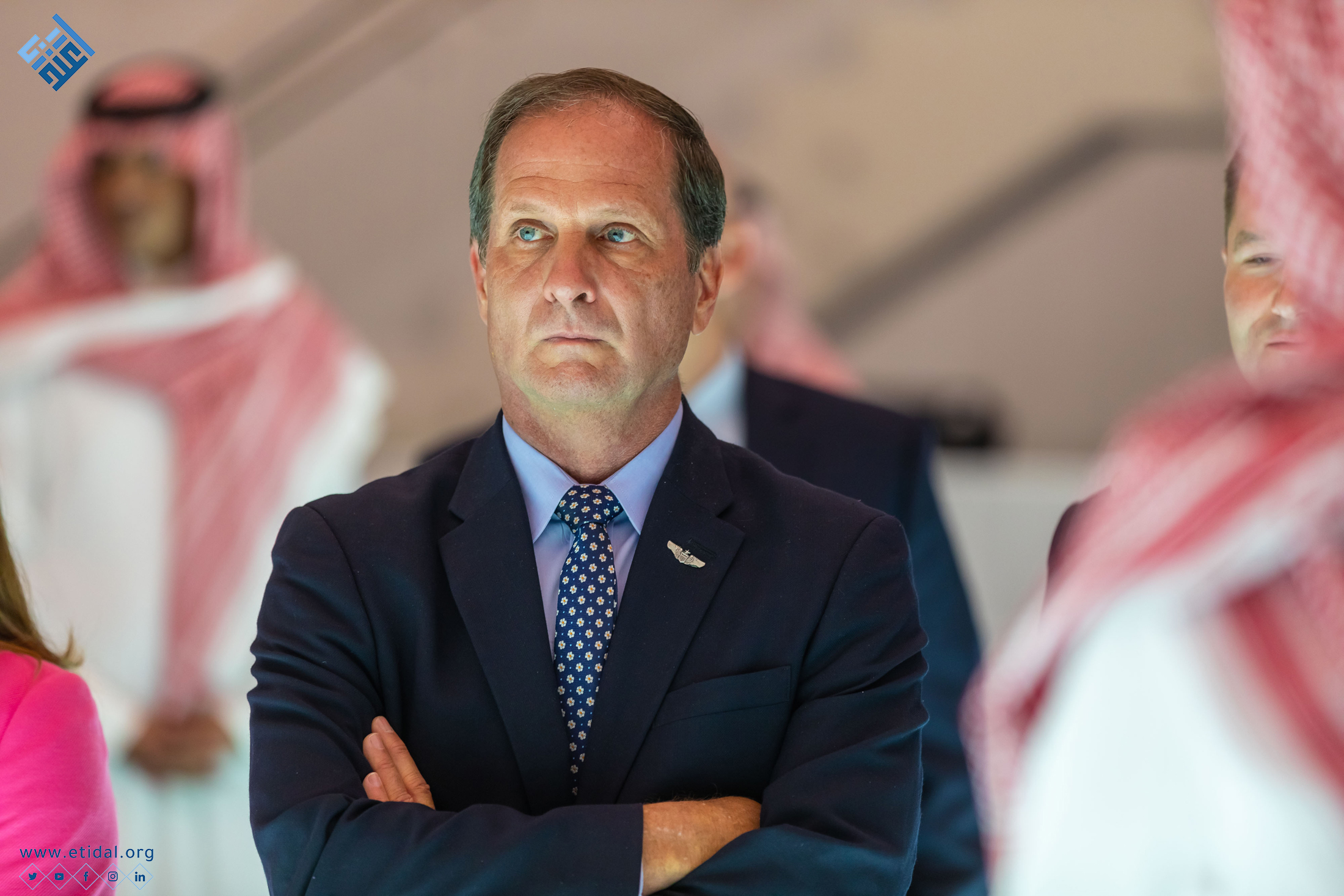 (Etidal) receives a delegation from the Saudi Shura Council

(Etidal) Receives a Delegation of Participants in a Course…

A delegation from the US Congress: There are many ways of…

A delegation from the Kingdom of Sweden supports cooperation…